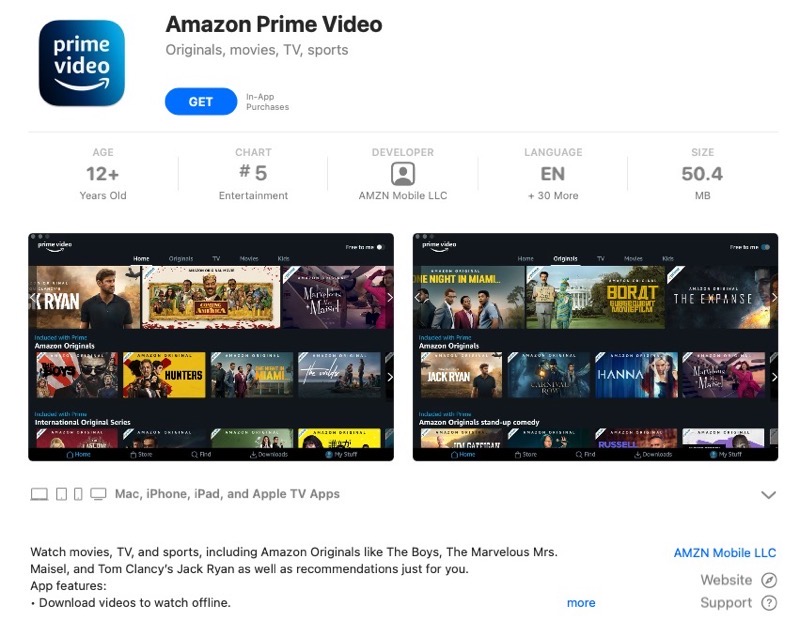 Amazon has released a dedicated Prime Video app for Mac, to enable subscribers to stream media directly on their Mac computers without using a web browser (via @reneritchie).

The Prime Video Mac app allows for offline downloads, supports picture-in-picture, plus also allows for rentals and purchases. The app features multi-user profiles as well, just like it does on iPhone and iPad.

For Canadians, Prime Video for Mac also allows access to STACK TV and live television if you’re subscribed to the service, which costs $12.99 CAD per month.