And It Happened. The iPhone 4 May Be Delayed In Canada.

After seeing Apple sell 600,000 iPhone 4 units, everyone in Canada had one thought: “Is the Canadian iPhone 4 launch going to be pushed back?” Well it looks like it may have been pushed back even before the 600,000 sold units posting.

On the note of 600,000 iPhone 4 units sold, I think it is fair to say that it is a logical conclusion that the Canadian launch may be pushed back, especially considering that the iPad was also delayed by one month in Canada because of the amount of iPad units sold in the USA.

So am I fear mongering? Starting rumors? No dear Canadians, I speak only the truth.

Earlier this week, when the iPhone 4 hit the Apple Canada Online Store, the iPhone 4 was initially labeled as “Coming in July”. Almost immediately after the initial posting, the phrase was changed to “Coming Soon”. Coming Soon…as in not in July.

Now you’re thinking maybe the launch is coming even sooner, like in June? Right? RIGHT?! Well no, because if that were the case, Apple has less than two weeks to launch in Canada (and the USA!) and the website would at least say “Coming in June” instead of “Coming Soon”. Not enough time.

In other words, there is no way that Apple would change the wording unless something went wrong, as in production and supply wrong.

So once again, we Canadians may have to wait even longer for technology. Yes the iPhone 4 is unlocked, which is awesome. Yes iPhone 4 has FaceTime, which is great. But are we going to have to wait until August to get our hands on it?! 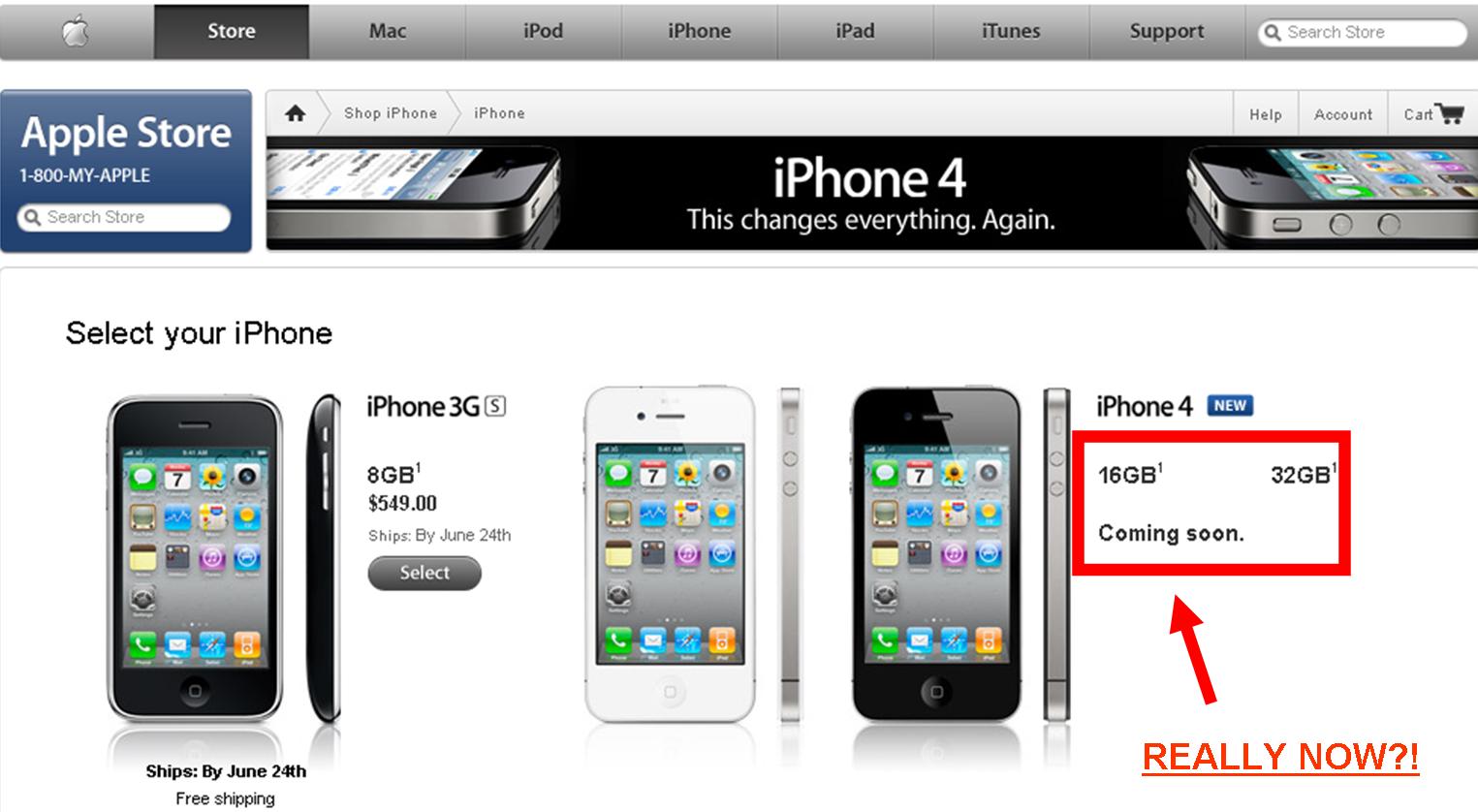