Apple has sent out an email blast to its Aperture customers informing them Aperture software will be removed from the Mac App Store this spring, when the new Photos for OS X launches:

When Photos for OS X launches this spring, Aperture will no longer be available for purchase from the Mac App Store. You can continue to use Aperture on OS X Yosemite, but you will not be able to buy additional copies of the app.

You can migrate your Aperture library to Photos for OS X, including your photos, adjustments,albums and keywords. After migrating, your Aperture library remains intact. However, Aperture and Photos do not share a unified library, so any changes made after the migration will not be shared between the apps. 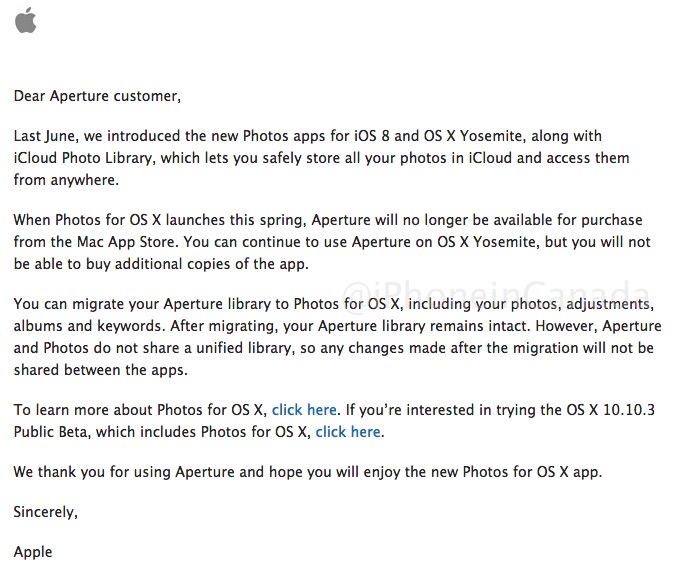 Apple first informed the public last June it had stopped development of the pro photo software, noting “there will be no new development of Aperture.” Last month the company’s Aperture website confirmed the app would be removed from the Mac App Store and be later replaced by the Photos app.