Apple has abandoned its OS X Mavericks trademark in Canada based on an update on the Canadian Intellectual Property Office website, according to Patently Apple:

With absolutely no explanation or reasoning, Apple abandons OS X Mavericks trademark in Canada. Was it a mistake by Apple legal or their Canadian agent Baker & McKenzie LLP? Is it a Canadian issue or is it a sign of things to come for the trademark? The abandonment notice was officially published on October 28, 2013 in regard to trademark filing 1648792. 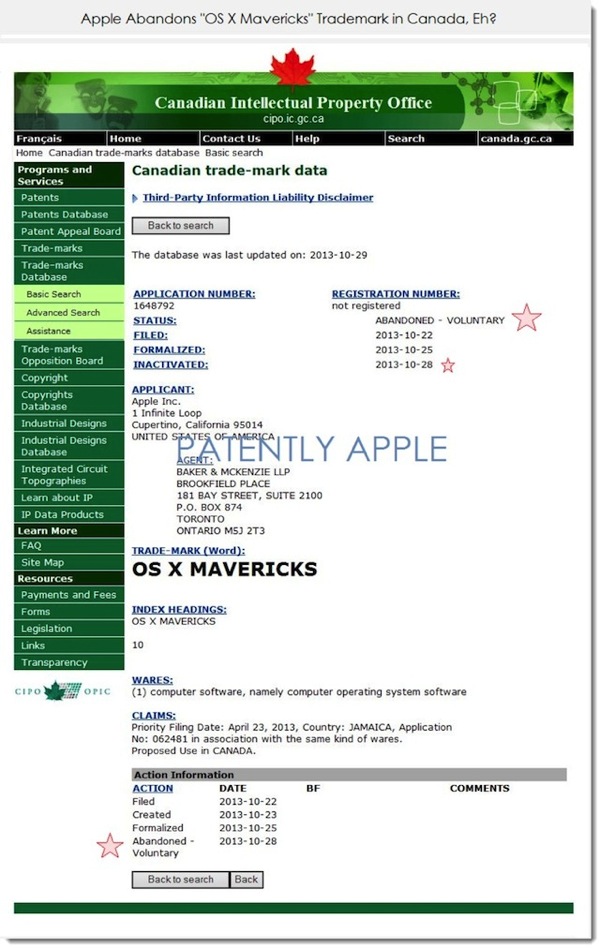 Apple originally filed for the trademark on October 22, the day of the OS X Mavericks launch, but was voluntarily abandoned on October 28.