The iPad weights in only 1.5 pounds, which is currently lighter than any netbook, and comes in at 0.5 inches thin. The device also includes a 9.7-inch IPS display (looks 4:3?). Internally, the iPad includes a 1GHz Apple-built ARM A4 processor which includes both the CPU and graphics chip.

Storage on the iPad comes in three capacities; 16, 32, and 64GB flash SSD. The device also gets approximately 10 hours of battery life (watching video) and a whopping month of standby time. Users also get 802.11n WiFi and Bluetooth 2.1+EDR.

The iPad also comes in a 3G data connection model. The data plans in the USA with AT&T, which have no contract, will be $14.99 for 250MB per month or an unlimited data plan for $29.99. International carrier plans, such as Canada, will not be announced until June/July 2010. The 3G version of the iPad is also unlocked, supports GSM micro SIM, and includes a black plastic covering for the antenna such as the original iPhone and current generations of iPod Touch. 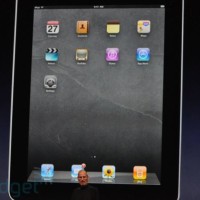 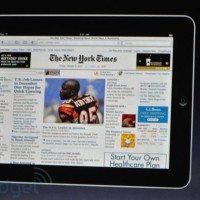 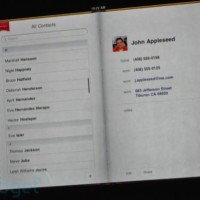 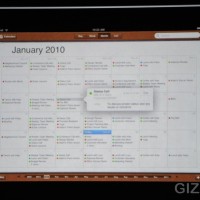 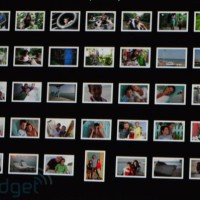 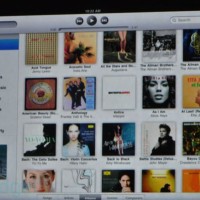 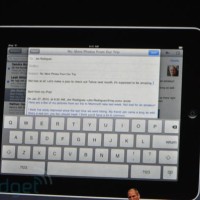 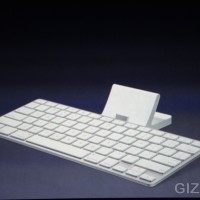 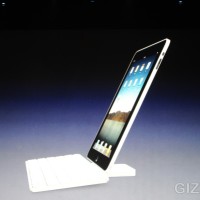 Like many of Apple’s other devices, the iPad includes iCal, Safari (no flash?), Email,

On the iPad App Store, the device can run “virtually every one of these apps, unmodified, right out of the box.” Apps can be run either very small, 1:1 pixel, or in the center of the screen. Moreover, apps can also â€œpixel doubleâ€ and run in full screen, in a low resolution mode.

The iPad further includes an accelerometer and built-in compass. The device also has an included orientation sensor for moving between landscape and portrait views.

The virtual keyboard on the iPad covers half of the screen when holding the iPad in landscape, which is similar to how the keyboard acts on the iPhone/iPod Touch.

The WiFi models will ship near the end of March 2010 worldwide.