Today, Apple has officially issued details regarding first-generation iPod nano replacement program due to battery overheating issues. The units affected were sold between September 2005 and December 2006 carrying a manufacturing defect caused by an Apple battery supplier for the first-generation of ultra-thin screened iPods. Even though the possibility of overheating is small but since the product is already over 5 years old, its chances of overheating are higher than when it was new according to Apple. 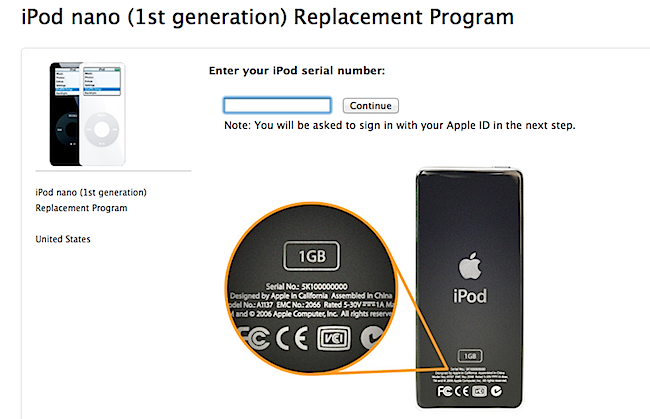 As explained by 9to5Mac:

Here is the replacement process as detailed by Apple: