Along with today’s significant hardware and software releases by Apple, something else has changed for better. Canadian Apple Store pricing has now matched Apple USA for the Macbook Air, Mac mini, and iMac. OS X Lion is also priced the same as well, at $29. The screenshots below show the same prices for the following hardware: 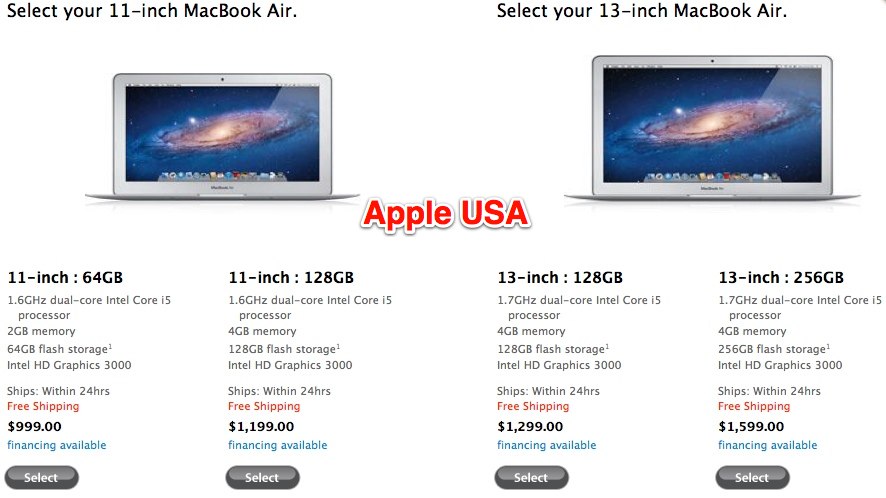 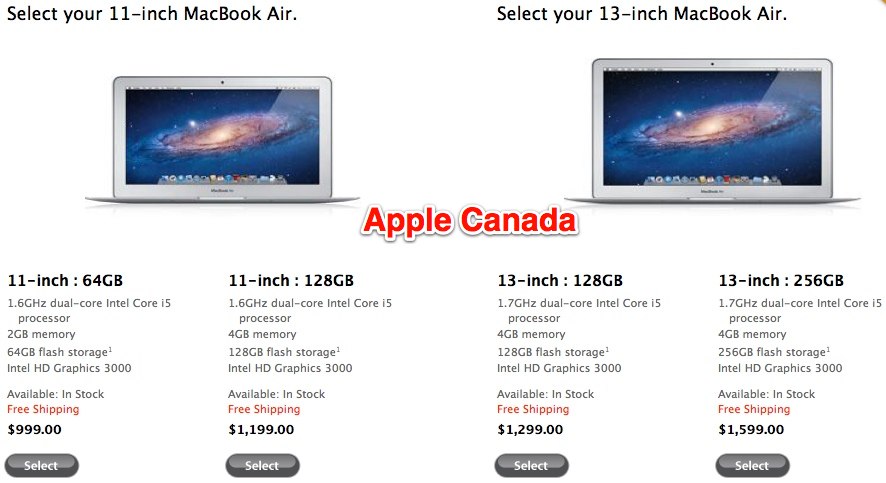 Previously, the disparity between prices would range from $100-300 for Canadians, but given the strong Canadian dollar we now can benefit from paying the same for hardware. The popular MacBook Pro, Mac Pro, iPods, Apple TV, iPad, and accessories still slightly more expensive in the USA. Great news for Canada.

Thanks to @RobinGambin for the tip!