If you were waiting for 2017 MacBook Pro models to hit the refurbished section on Apple.ca, they are now available. There are models available with Touch Bar in stock right now (non-Touch Bar looks sold out), starting at $2039, saving you 15% off retail prices off select configurations. 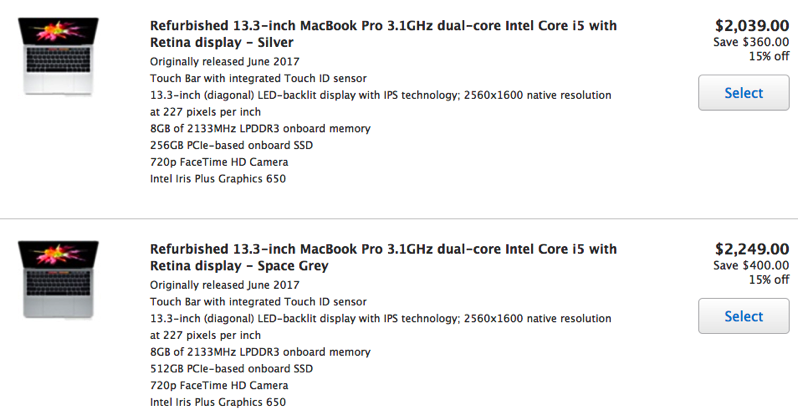 For those eligible for education pricing, the 13-inch MacBook Pro with Touch Bar is available starting at $2259, plus with Apple’s current Back to School promo, you can get a free pair of Beats headphones (up to $320 value).