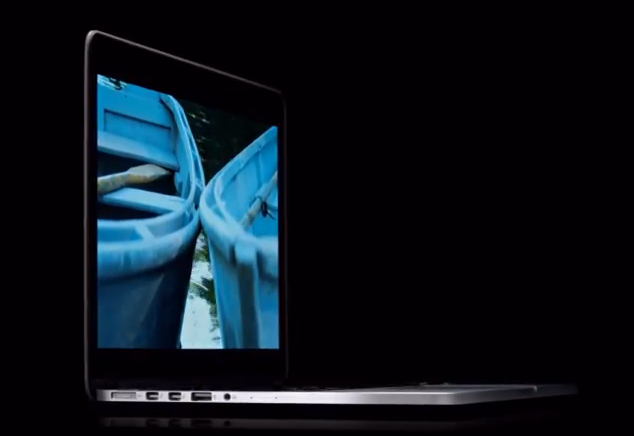 This evening Apple uploaded a new TV ad to its YouTube channel to showcase the new 13″ Retina MacBook Pro. Titled “Colors”, the ad depicts the slowly rotating new Retina MacBook and the narrator highlights the Retina Display that is for “the pro in all of us”. Surprisingly, the video description is empty. Check it out below: