It’s been three years since Apple has officially attended its last conference, Macworld 2009, but that doesn’t mean that its employees, and in this case one of its executives, don’t make low profile appearances in an effort to keep tabs on other leading technology companies. 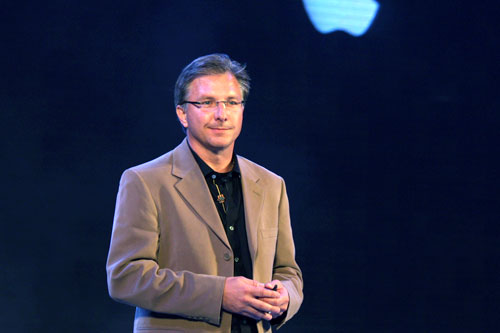 Today, PaidContent spotted Greg Joswiak, head of iOS product marketing with Apple, while he was roaming the CES floor at the Las Vegas Convention Center.

Apparently the executive was on the floor in an effort to explore the way “other companies present their products at events such as CES” offering details such as aesthetics and booth layout. Gee, that doesn’t sound rehearsed.

Apparently, Mr. Joswiak was not terribly impressed with what Sony had to offer but couldn’t be wrangled into a longer discussion. There’s no doubt that there’s knowledge to be gained by Apple at CES 2012 and certainly they’re keeping their finger on the pulse of the technology world.

Apple Inc., since 2009, has opted to launch all new products at their own events. This has given the company the freedom to launch and promote their products on their own timetables as well as putting them control of various aspects of the launch proceedings.