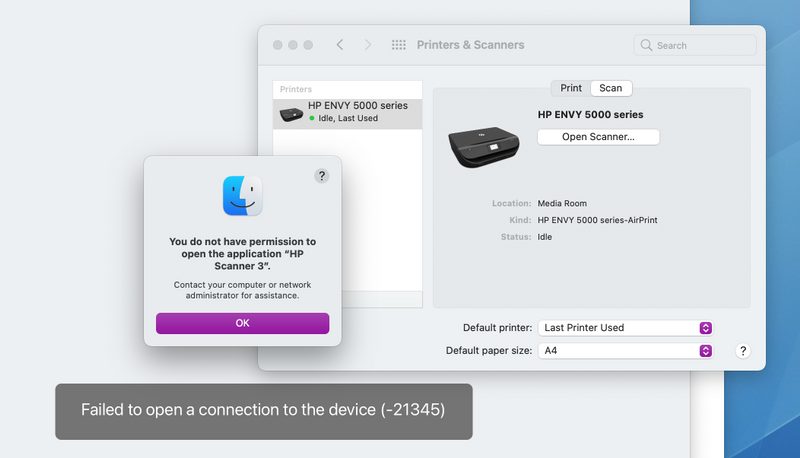 Mac users running multiple versions of macOS Big Sur have recently reported instances of an error message that reads “You do not have permission to open the application” when they try to use a scanner in the Image Capture app, Preview app, or the Printers & Scanners section of their Mac’s System Preferences.

The error message also includes the name of the scanner’s device driver, and adds that the user should contact a computer or network administrator for assistance, or indicates that the Mac failed to open a connection to the device.

According to MacRumors, a recently published Apple Support document acknowledges the problem, and promises a permanent fix in a future software update.

In the meantime, Apple has issued a temporary fix for the issue in the same Support doc:

Apple did not share an ETA for a permanent fix, and we currently don’t know if one will be shipped as part of macOS 12 Monterey — the upcoming software update for Macs.