Apple Lightning To 30-pin Adapter Goes On Sale For $35

Earlier today, Apple introduced its all new ‘Lightning’ mini dock connector which will be featured in iPhone 5 and 4″ iPod touch for the first time, replacing the old 30-pin dock connector. As promised, Apple has now listed a Lightning to 30-pin adapter on its website for sale, that will plug into the new iPhone and iPod touch’s 8-pin port allowing compatibility with older 30-pin accessories. 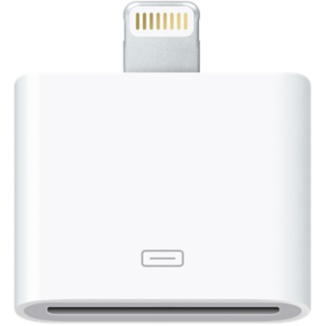 Here’s how the Apple online store describes it:

This adapter lets you connect devices with a Lightning connector to many of your 30-pin accessories.

* Video and iPod Out not supported.

*Some 30-pin accessories are not supported.

The accessory is compatible with iPhone 5, new iPod touch and new iPod nano and is being sold online for $35.

Security researcher Patrick Wardle recently discovered three security vulnerabilities in the popular video conferencing app Zoom's auto-update feature that put Mac users at risk of remote attacks (via WIRED). Zoom rolled out its auto-update feature on both Mac and Windows in November of last year. On Mac, users need to enter their system password while...
Nehal Malik
1 day ago

Apple unveiled macOS Ventura at WWDC 2022 in June, alongside the latest iterations of its other operating systems. While macOS Ventura will bring a plethora of new features to the Mac, Apple is reportedly removing one too. According to Six Colors, macOS Ventura completely removes the Network Locations feature. The 'Location' feature in the Network...
Nehal Malik
2 days ago

Parallels has released Desktop 18 for Mac, its latest software that allows users to run Windows on a Mac without rebooting. The new Parallels Desktop 18 for Mac is also optimized for Apple Silicon M1 and M2 chips, plus is ready for macOS Ventura. It also has improved compatibility of Intel (x86) apps when running...
iPhoneinCanada.ca
5 days ago