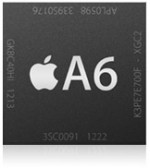 According to Citigroup analyst J.T. Hsu, Apple is gearing up to work with Taiwanese chip manufacturer TSMC as their only manufacturer for quad-core processors for late-2013 production. This timeline suggests that we can expect a future evolution of the iPad (as well as other Apple products) to contain the faster chip sometime after that.

TSMC boasts having 20nm process technology that they feel can supply “30 percent higher speed, 1.9 times the density, or 25 percent less power than its 28nm technology.”

This news isn’t good for Samsung, the company currently supplying Apple with their A-series chips; with their current 32nm A5 and A6 products being used in Apple’s iOS and Apple TV products.

Of course, this rumour has circulated before and Apple did unsuccessfully try to purchase exclusive rights to TSMC’s chips in August of this year; though following that attempt, the manufacturer did indicate they would be willing to dedicate particular facilities to individual clients –a move that would be seen as popular by privacy-conscious companies like Apple.

What will a faster A6 chip mean for Apple? Could we see this processor powering one of the next generations of the MacBook Air?