Apple Looking To Use OLED In Future Products?

This week, reports indicate that Apple may be looking, via sent job listings, to use OLED display technology in future products.

Apple reportedly sent out similar job listings in mid-2008 during their focus on AMLCD displays for future iPhone and iPad products.

Now Apple is looking for flat panel display engineers that specialize in OLED technology. Apple reportedly says the people in this new display team will serve as a focal point in the designing and process development of advanced display panels.

Here are some of the specific specialties Apple is requesting from applicants:

Along with the specialities, Apple further requires that candidates have hands-on experience and a proven track record in the relevant areas of the flat panel industry, troubleshooting, and yield improvement.

The interesting point here is that this is reportedly the first time Apple has sent job listings out for OLED display engineers. This potentially paints Apple’s future roadmap for their product displays, namely of iDevices. 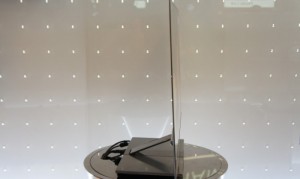