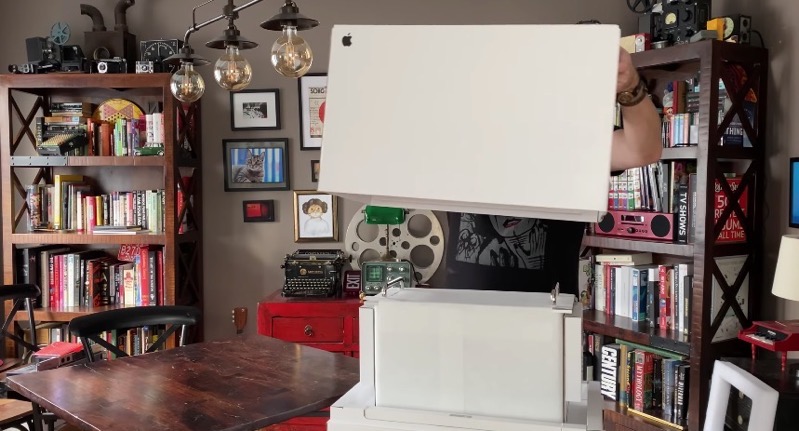 Music professional Neil Parfitt, based in Toronto, Ontario, has unboxed Apple’s newest Mac Pro Rack and shared his review of the computer, filmed on his smartphone and what he calls a candid and unscripted video.

Unboxing the Mac Pro Rack, Parfitt was impressed with the boxing of the rack rails and the computer itself, which weighs 50 pounds and says it feels really well built, and “tank-ish”.

Parfitt says he spent about $2,800 CAD for 384GB of Nemix RAM from a third party instead of buying from Apple (at $7,200 CAD). The total computer cost he says was a whopping $20,000 CAD after RAM and taxes. The computer’s insane price tag is the “cost of doing business” according to the music professional and the nature of his work.

Check out the unboxing here, which also shows Parfitt taking apart his old setup, which consisted of two older generation Mac Pros and other peripherals, but now into one Mac Pro Rack:

…and Parfitt’s final review of the Mac Pro Rack below, where he stress tests the computer: