Want to keep your precious late 2013 Mac Pro safe and secure? Apple has quietly launched a Mac Pro Security Lock adapter in its online store for $55 CAD ($49 in the USA), as spotted by MacRumors.

This adapter allows your Mac Pro to be locked down and compatible with third party locks, such as ones from Kensington. The adapter says it’s available to ship within 24 hours.

The Mac Pro Security Lock Adapter lets you use a compatible Kensington or similar style third-party lock (sold separately) to keep your Mac Pro secure. The adapter attaches without tools and does not modify or damage the Mac. With a compatible lock connected, the Mac Pro Lock Adapter secures the housing to the enclosure, preventing access to internal components. 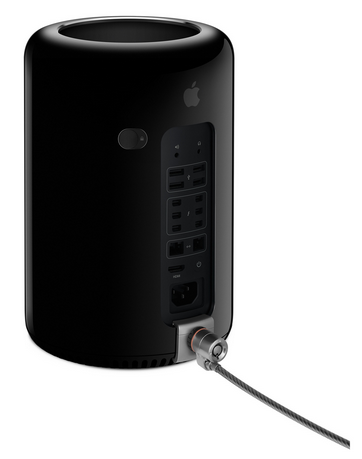 Apple launched Mac Pro sales in Canada last December after previewing the all-new computer earlier in the year at WWDC.

If you’ve shelled out your hard earned cash for a Mac Pro, I guess it only makes sense to invest a bit more to keep your baby secure, so you can sleep better at night.