Back in July, Apple updated their 13-inch and 15-inch Retina MacBook Pros with faster Haswell processors and doubled the memory for both entry model configurations to 8GB and 16GB respectively. These new models are now available in Apple Canada’s refurbished store: 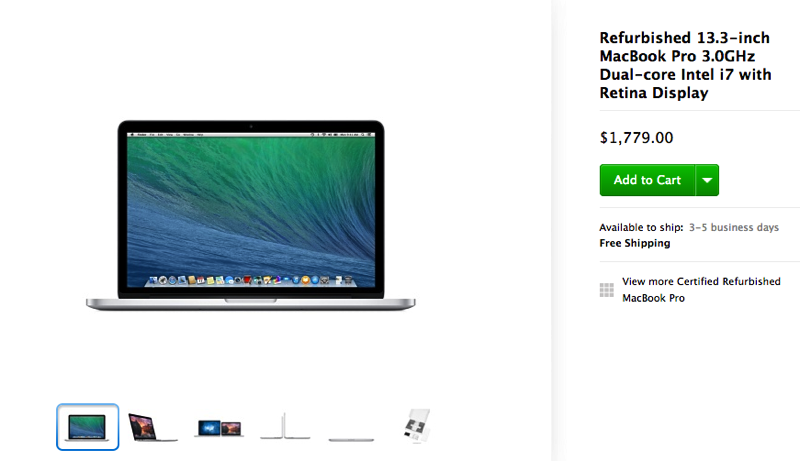 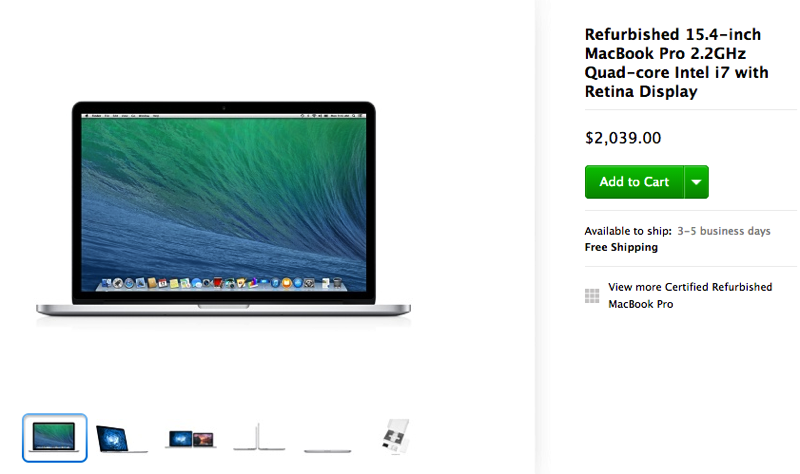 All refurbished Macs come with a full one year warranty, 14-day return policy and go through a “rigourous refurbishment process” before they’re put up for sale. On the rare occasion, the machine you receive might come with higher specs than what you paid for (some friends ordered refurbished 27-inch iMacs last year and their units came with bigger hard drives than stated).