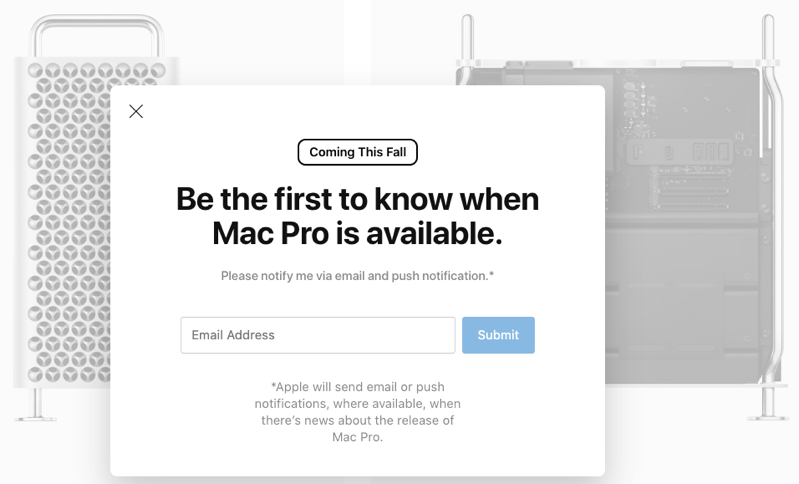 When Apple announced their new Mac Pro and Pro Display XDR at WWDC, the company did not announce any specific launch date other than “coming in the fall.”

However, this morning, the Apple.com website teased “Coming September” when customers clicked the ‘Notify Me’ button in the upper menu, as seen below (via 9to5Mac): 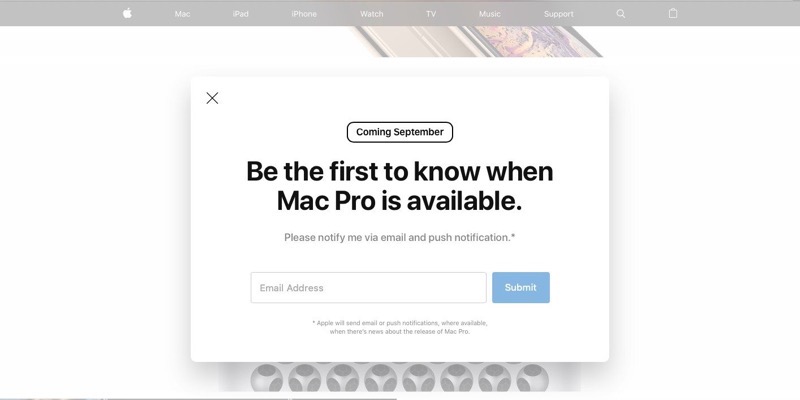 However, it now appears this mention of September was an error. An UK spokesperson for Apple told TMO, “no release date is confirmed yet on Mac Pro.”

Apple Canada’s website has not been updated yet for the new Mac Pro, as it’s not even mentioned, along with the Pro Display XDR, suggesting different launch timelines for these new pro offerings, which have been estimated to max out at over $60,000 CAD.