This week, Apple made an unexpected move and confirmed that Senior VP of Device Hardware Engineering Mark Papermaster has left Apple after being with the company for less than two years.

At this time, it is unknown whether Papermaster left voluntarily or if he was forced out. In the mean time, Mac hardware engineering Senior VP Bob Mansfield will take over Papermaster’s responsibilities.

What makes this situation interesting is that Apple spent considerable time and resources attempting to lure Papermaster to Apple from IBM. The efforts now seem to have been in vain.

Current rumors have indicated that Papermaster left Apple due to his oversight on the iPhone 4 antenna. While the external antenna is a unique design, many iPhone 4 users have noted its sensitivity to signal degradation when the antenna is covered by a hand or finger.

To control some of the negative PR that came from the antenna problem, Apple has issued new firmware and also started a free case program where iPhone 4 owners can choose one case for free from a small selection via an app from the App Store.

The case program, while great for iPhone 4 owners, has been costly to Apple.

To shed additional light on the situation, Daring Fireball further reports that Papermaster was actually fired over the antenna issue, as the Apple executive was internally nicknamed “the guy responsible for the antenna.” 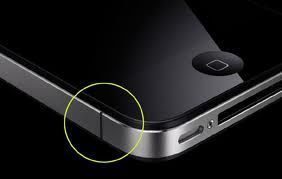