Apple to Replace Entire iPads for Batteries–What About iPhones?

Sibling site iPadinCanada.ca recently covered how Apple’s latest iPad has a new battery replacement policy. This policy will cost iPad owners $99 plus shipping to get their batteries replaced. But here’s the catch: Apple will replace the entire iPad (new or refurbished, we don’t know yet) instead of just swapping out the battery!

This differs from the existing iPhone battery replacement program that will only replace your iPhone battery. Now, for those who care about keeping their original device, the iPhone program is great. But if you’re an iPad owner and your battery dies, you can just get an entire replacement iPad.

What policy is better? Take a look at them below:

â€œIf your iPad requires service due to the batteryâ€™s diminished ability to hold an electrical charge, Apple will replace your iPad for a service fee.â€

â€œIf your iPhone requires service only because the batteryâ€™s ability to hold an electrical charge has diminished, Apple will service your iPhone for a service fee.â€

What do you think? There are still unanswered questions as to what kind of iPad you will be getting, new or refurbed. Would you want a new replacement iPhone or just your battery swapped? 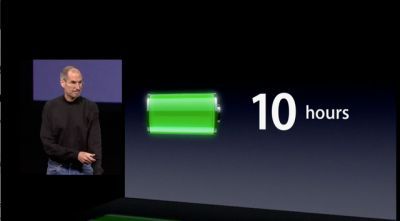