Recently, Apple quietly made a change to its repair policy regarding the liquid contact indicators, or LCI, for iPod devices.

There was no reason cited for the policy change, however, last year there was a lawsuit surrounding liquid damage and LCI issues. The lawsuit could have affected this policy update.

Now I’m wondering if this will extend to iPhone. Check out the update below. 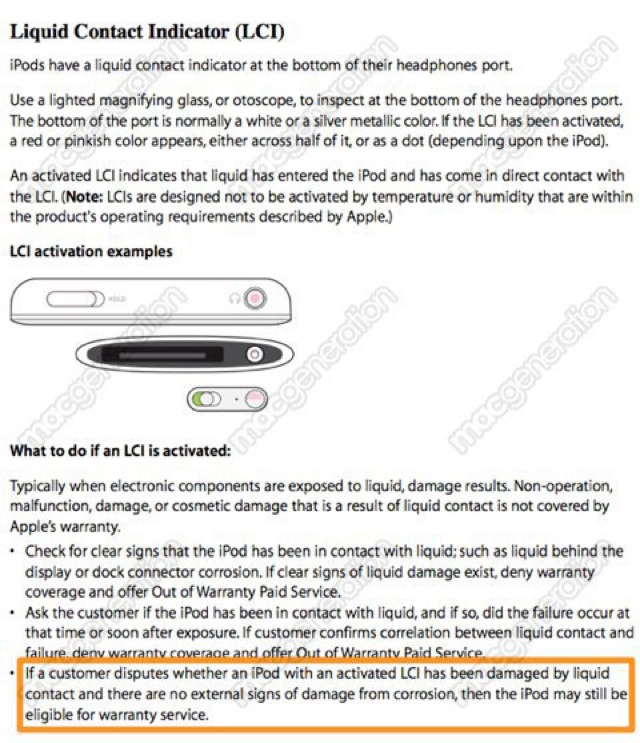