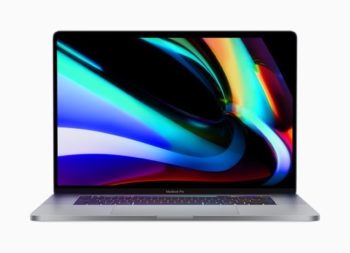 On Thursday, Apple reported its earnings for the final quarter of its fiscal 2020, seeing a huge quarter with $64.7 billion in revenue, despite not having some iPhone 12 orders part of the mix. In its annual Form 10-K report submitted to the SEC on Friday, Apple says its all-time high in Mac sales were largely attributed to the MacBook Pro (via MacRumors).

Total revenue from Mac sales during FY2020 amounted to $28.6 billion USD, a record for the company. According to Apple, the jump in Mac sales can be attributed to the MacBook Pro, which sold exceptionally well during the fiscal year. Maybe blame it on the coronavirus pandemic with people needing computers to work from home?

During FY2020, Apple launched a new 16-inch MacBook Pro and refreshed its 13-inch MacBook Pro, with both MacBooks sporting faster Intel processors and better keyboards, and introduced the new MacBook Air to a warm reception.

Apple also noted in its earnings report that if the commission it charges on sales made through the App Store decreases, the company’s earnings would be “materially adversely affected.”

Apple has thrived in the face of economic mayhem and supply shortages brought on by the pandemic, and undoubtedly managed to put up a spectacular fiscal year.