Apple’s comparison of its latest M1 Ultra GPU to the nearly top-of-the-line graphics card from Nvidia, at its recent March event, has been called ‘disingenuous’ by Macworld. 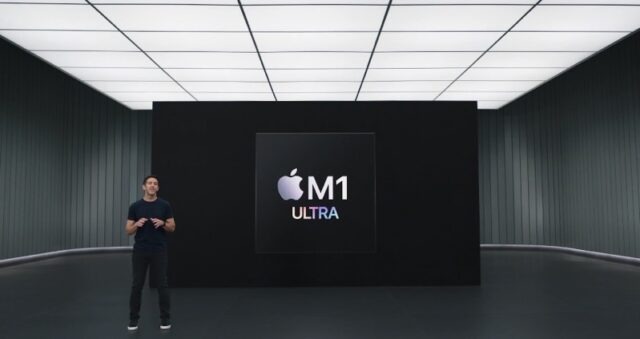 Earlier this month, Apple pulled the wraps off the M1 Ultra chip at its Peek Performance event. The company compared the chip’s GPU performance to NVIDIA’s most capable GPU at the time, the RTX 3090. However, reports suggest Apple’s scientific-looking graphs and comparison data could be somewhat misleading.

According to Macworld, while the Cupertino company’s comparison chart and quote were technically true, they didn’t paint a full picture.

Apple compared the M1 Ultra’s graphics performance to the NVIDIA RTX 3090 GPU at the launch event. It compared the performance using the graph below, accompanied by a quote with very carefully chosen words. 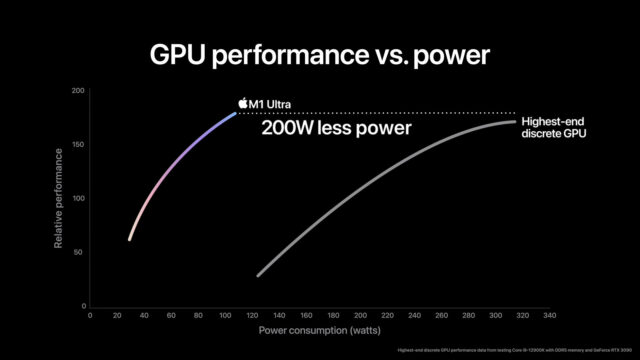 “For the most graphics-intensive needs, like 3D rendering and complex image processing, M1 Ultra has a 64-core GPU — 8x the size of M1 — delivering faster performance than even the highest-end GPU available while using 200 fewer watts of power.”

From the graph, it is evident that the M1 Ultra is significantly more power efficient than the RTX 3090.

However, Macworld reports Apple’s “faster performance” claim is incorrect. It says Apple’s graph only shows the performance plot for the RTX 3090 until where it is convenient when, in reality, the curve stretches farther. This means Apple did not compare the “Peek Performance” (pun intended) of the RTX 3090 to the M1 Ultra GPU.

On top of that, Nvidia just released the RTX 3090’s successor, the RTX 3090 Ti, which draws 450W of power — nearly twice that of the M1 Ultra, which will only widen the sheer performance gap between the two cards.

Read more about the comparison over at Macworld.