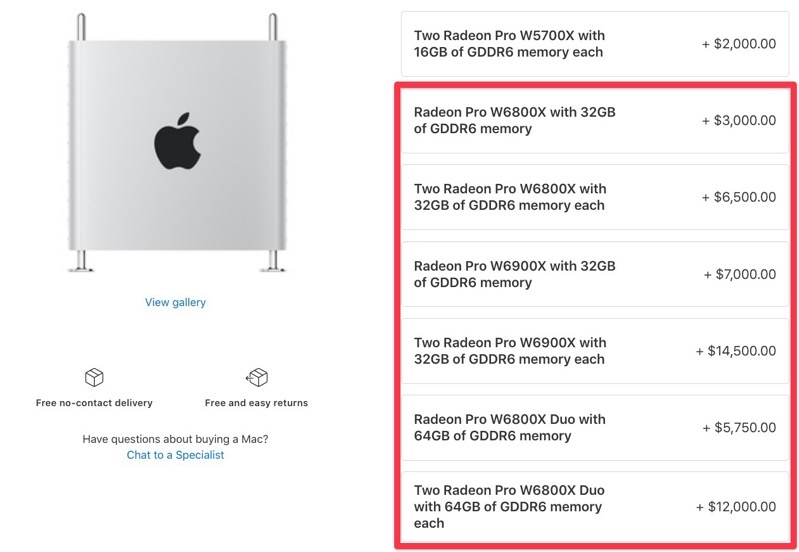 Apple told CNET the new graphics cards can bring “up to an 84% performance bump in Octane X, up to a 26% higher frame rate in 3D interaction in Cinema 4D and up to 23% speedier performance in DaVinci Resolve.”

These new graphics upgrades for the Mac Pro are available for custom orders and individual orders, available today on Apple.ca.