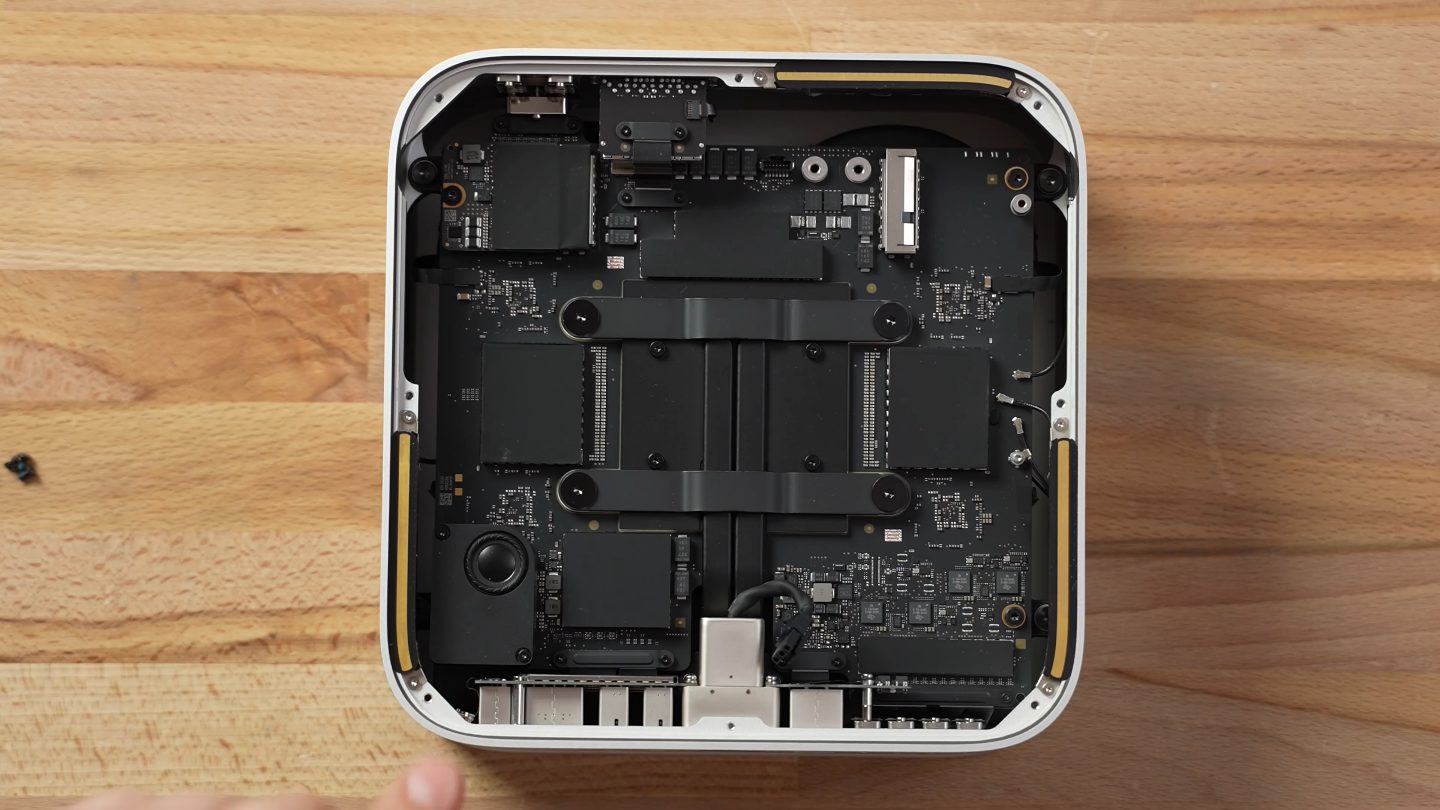 The folks over at the Apple-centric tech YouTube channel Max Tech in their latest video take apart the new Mac Studio, giving it the full teardown treatment.

Apple unveiled its new Mac Studio last week at its March event, with customer deliveries and availability kicking off on Friday.

No one really expected the Mac Studio to be easy or feasible to take off, and Apple says that even the computer’s storage is not user-upgradeable. While it may not be the most beginner-friendly thing to take apart, it is definitely possible to disassemble the Mac Studio for tasks like cleaning the dual-fan cooling solution inside.

The disassembly process starts with taking off the rubber ring at the bottom (held in place by glue), which reveals a few chassis screws you can remove to take the bottom plate off. Next, you’ll have to remove the power supply and a (solid aluminum) electromagnetic interference (EMI) shield, giving you access to the motherboard.

The M1 Ultra chip is located smack in the middle of the motherboard and looks pretty chunky. That’s to be expected, though, since the M1 Ultra is essentially two M1 Max chips (which were already pretty sizeable) fused together.

What does come as a surprise is that the motherboard has two M.2 slots for SSDs — one is occupied by however much storage you order your Mac Studio with, and the other is empty and, with some effort, user-accessible.

Most folks expected Apple to just solder the storage onto the motherboard and call it a day, but, software permitting, it looks like any user who is willing to go through the trouble of taking the Mac Studio apart can add more storage to it on their own.

The fan assembly is located on the opposite side of the motherboard. Once you have access to the motherboard, you’re going to have to unscrew and remove all of the I/O ports, antenna assemblies along the sides of the unit, speaker, and everything else before you can pull the entire motherboard out to get at the dual-fan cooler behind it.

Check out the full teardown in the video below:

Kudos to Max Tech on the teardown, they did a good job on something even the folks over at iFixit haven’t tackled as of yet.