The update is minor and focuses on iTunes previews, AirPlay fixes, Netflix, and overall stability.

iTunes previews – Previews for movies and TV shows from the iTunes Store can now be viewed in HD.

AirPlay – Fixes an issue that caused some iOS apps to have trouble connecting via AirPlay.

The update is available now and can be applied through the AppleTV by navigating to Settings > General > and Update Software. 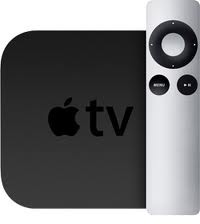