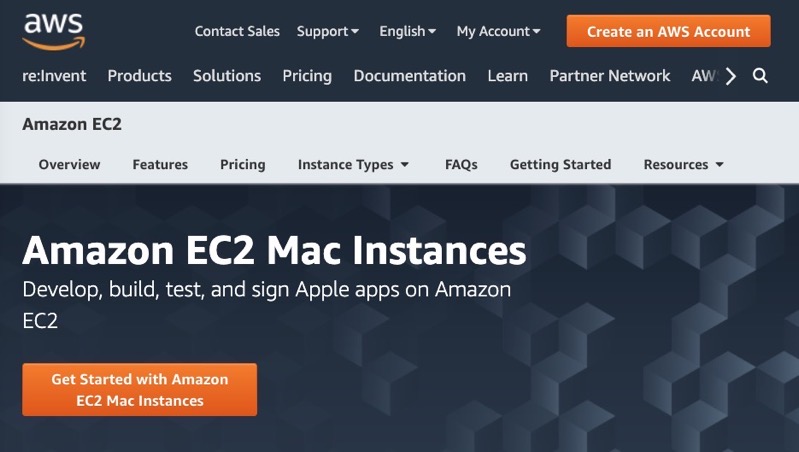 Known as EC2 Mac instances, AWS will now allow customers “to run on-demand macOS workloads in the AWS cloud for the first time ever, extending the flexibility, scalability, and cost benefits of AWS to all Apple developers,” explained the company in a statement.

This means developers making apps for the Apple ecosystem can now access macOS environments in the cloud “within seconds” and scale as needed with AWS pay-as-you-go pricing.

According to AWS, they’re already planning to bring Apple Silicon to the cloud, saying, “Apple M1 Chip – EC2 Mac instances with the Apple M1 chip are already in the works, and planned for 2021.”

“Our customers tell us they would love to have their Apple build environment integrated with AWS services,” said David Brown, Vice President of EC2, at AWS, in a statement “With EC2 Mac instances, developers can now provision and access on-demand macOS compute environments in AWS for the first time ever, so they can focus on creating groundbreaking apps for Apple’s industry-leading platforms, rather than procuring and managing the underlying infrastructure.”

“Apple’s thriving community of more than 28 million developers continues to create groundbreaking app experiences that delight customers around the world,” added Bob Borchers, Vice President, Worldwide Product Marketing, at Apple. “With the launch of EC2 Mac instances, we’re thrilled to make development for Apple’s platforms accessible in new ways, and combine the performance and reliability of our world-class hardware with the scalability of AWS.”