Bloomberg: No New Apple TV Product In 2012 As Talks With Content Providers Fail Once Again

For the past few months, Apple has been rumored to be working on a new set-top box that would offer access to live and on-demand television content. Additionally, rumors of an Apple branded television set releasing 2012 holiday season have also been around but a new report by Bloomberg seems to confirm that no new Apple TV product is going to be released during this year as negotiations with content providers have stalled once again. 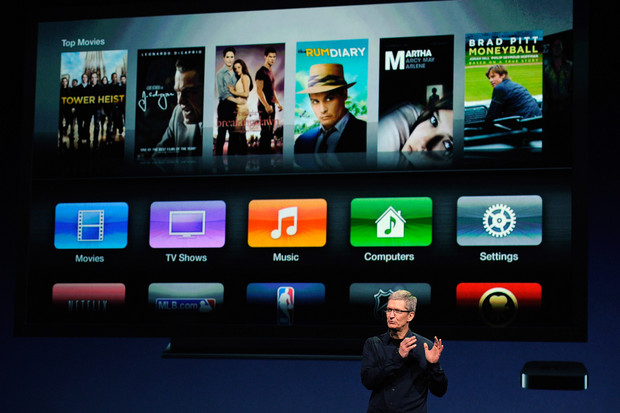 According to the report, it appears that the software interface for Apple’s rumored television product is the reason why the media companies have failed to come to terms with the Cupertino company. The cable companies want to have control over the software which Apple seemingly won’t allow. Also, whether the set-top box will be sold by the cable companies or by Apple itself is reportedly another reason of this deadlock.

“Apple is vying with the likes of Google Inc., Microsoft Corp. and Amazon.com Inc. to make TVs the digital hub of people’s lives in an industry projected to reach $200 billion worldwide by 2017. Whoever wins must first strike deals with media companies or cable providers who have little incentive to cede valuable revenue streams. The result: Apple won’t be releasing a new TV product this year, as analysts had predicted, said a person familiar with the company’s plans”.

Even though major cable companies have released applications for the iPhone and iPad to allow customers to watch television on their mobile devices, they are reluctant to go further. Jason Hirschhorn, the former chief digital officer at MTV said:

“If I’m a cable company, do I really want to let Apple into my house?”.