Living in Canada has it’s advantages like poutine, beaver tails, cottages and hockey. But there are a few disadvantages as well – one being higher prices for Apple products. Come on Apple give us a break! According to 9 to 5 Mac, we may be in luck and could see better prices soon.

In the past Apple has altered the price of its products to compensate for the differences in currency. Now with the value of the US dollar dropping and the Canadian dollar actually being stronger, we could see a price change. 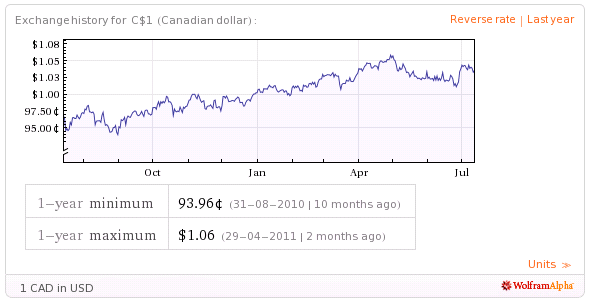 Now, I’m excited to see when this Lion thing is coming out and what hardware comes along with it. Are you?