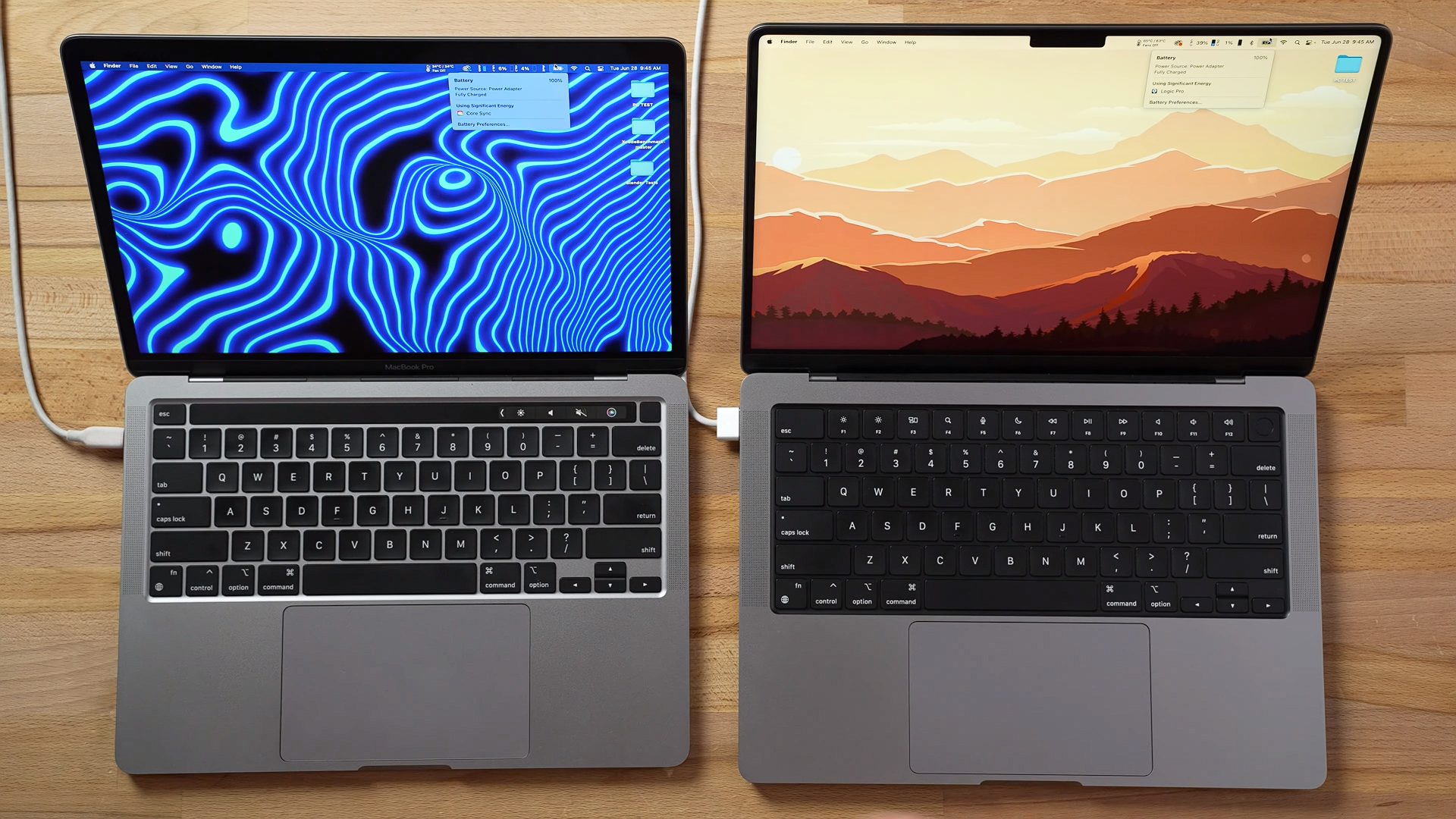 To see how the next generation of Apple Silicon stacks up against its beefed-up predecessor, the M1 Pro, YouTuber Max Tech pit the base configurations of the 2022 13-inch MacBook Pro and 2021 14-inch MacBook Pro against each other in a detailed comparison.

The M2 MacBook Pro reuses the same chassis as the M1-equipped 2020 MacBook Pro, which itself recycled the shell of the 2016 MacBook Pro. However, that also means that the 2022 MacBook Pro inherits the polarizing Touch Bar from its predecessors.

Max Tech was among the first to discover the entry-level M2 MacBook Pro suffered from worryingly slow SSD speeds. The YouTuber made a point of highlighting the difference in the comparison video.

Storage speeds on the new base model 13-inch MacBook Pro are 3x slower for writes and 3.6x slower for reads as compared to the M1 Pro model. SSD speeds are better if you upgrade to the 512GB configuration, but still materially slower than the 14-inch M1 Pro model. 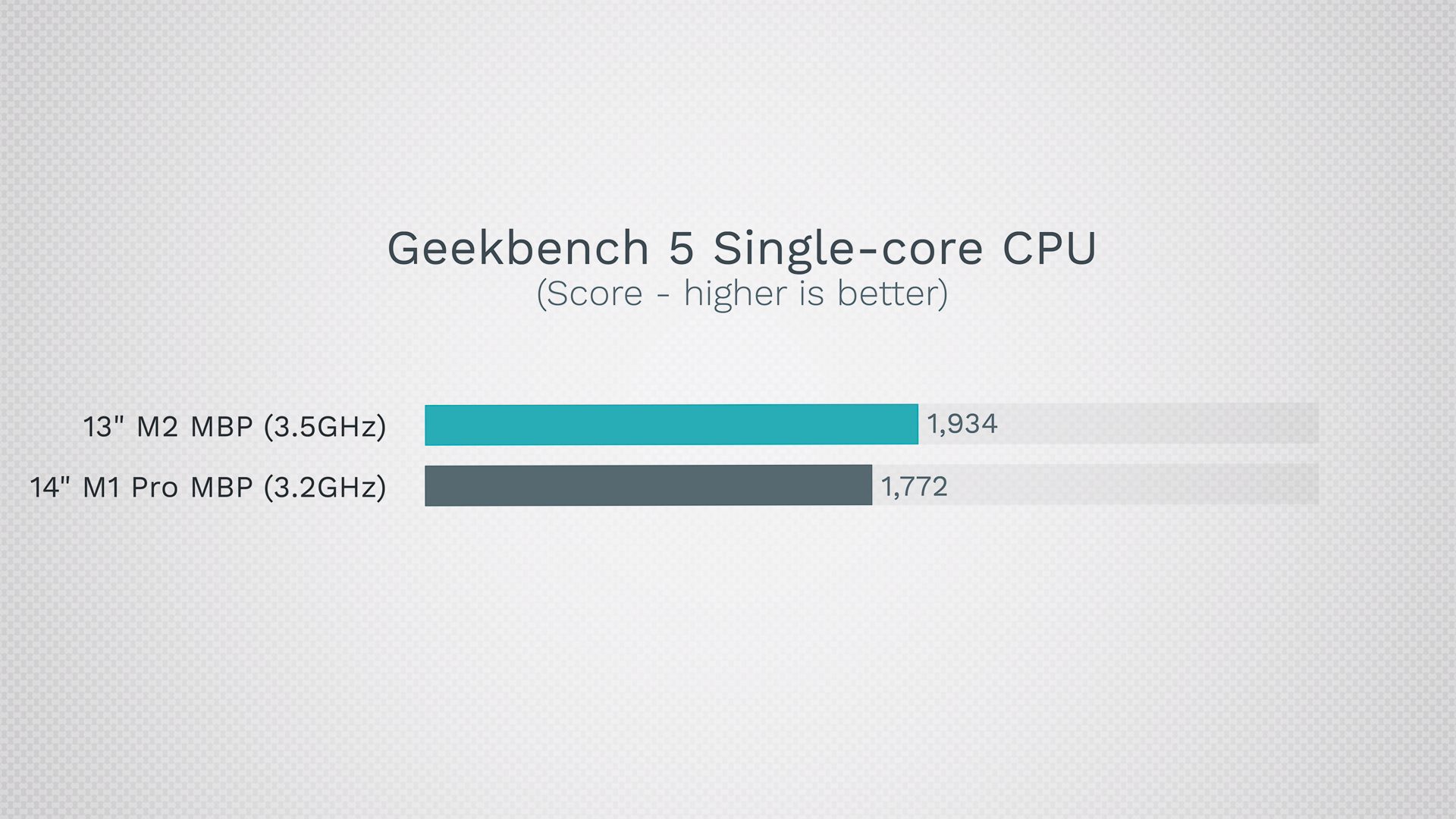 Multi-threaded performance, however, was the M1 Pro MacBook Pro’s domain. 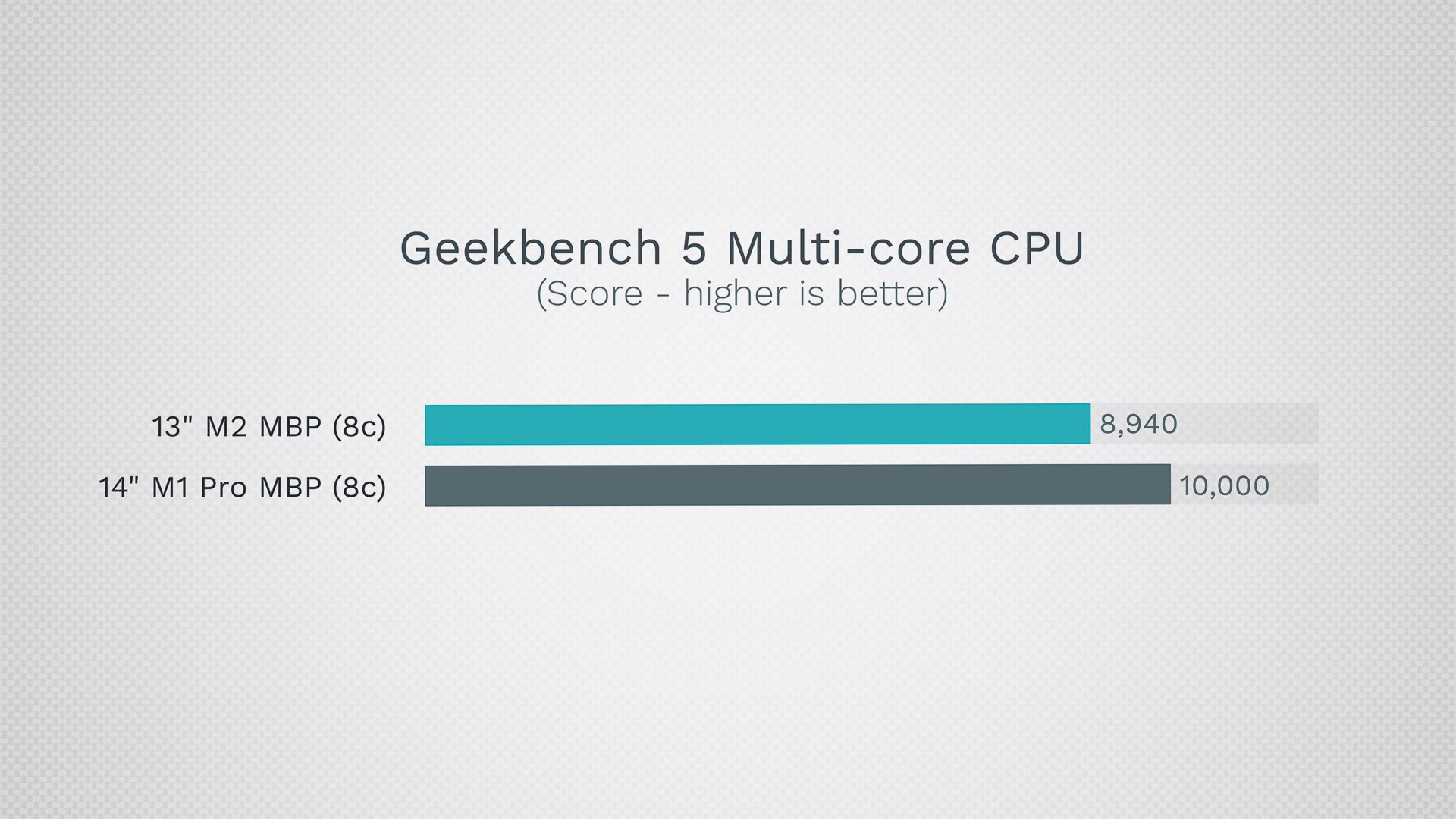 Apple’s new 13-inch MacBook Pro and the M2 chip underneath set a new web browsing record, scoring 402 runs per minute in Speedometer 2.0. It performed 39% faster than the M1 Pro. 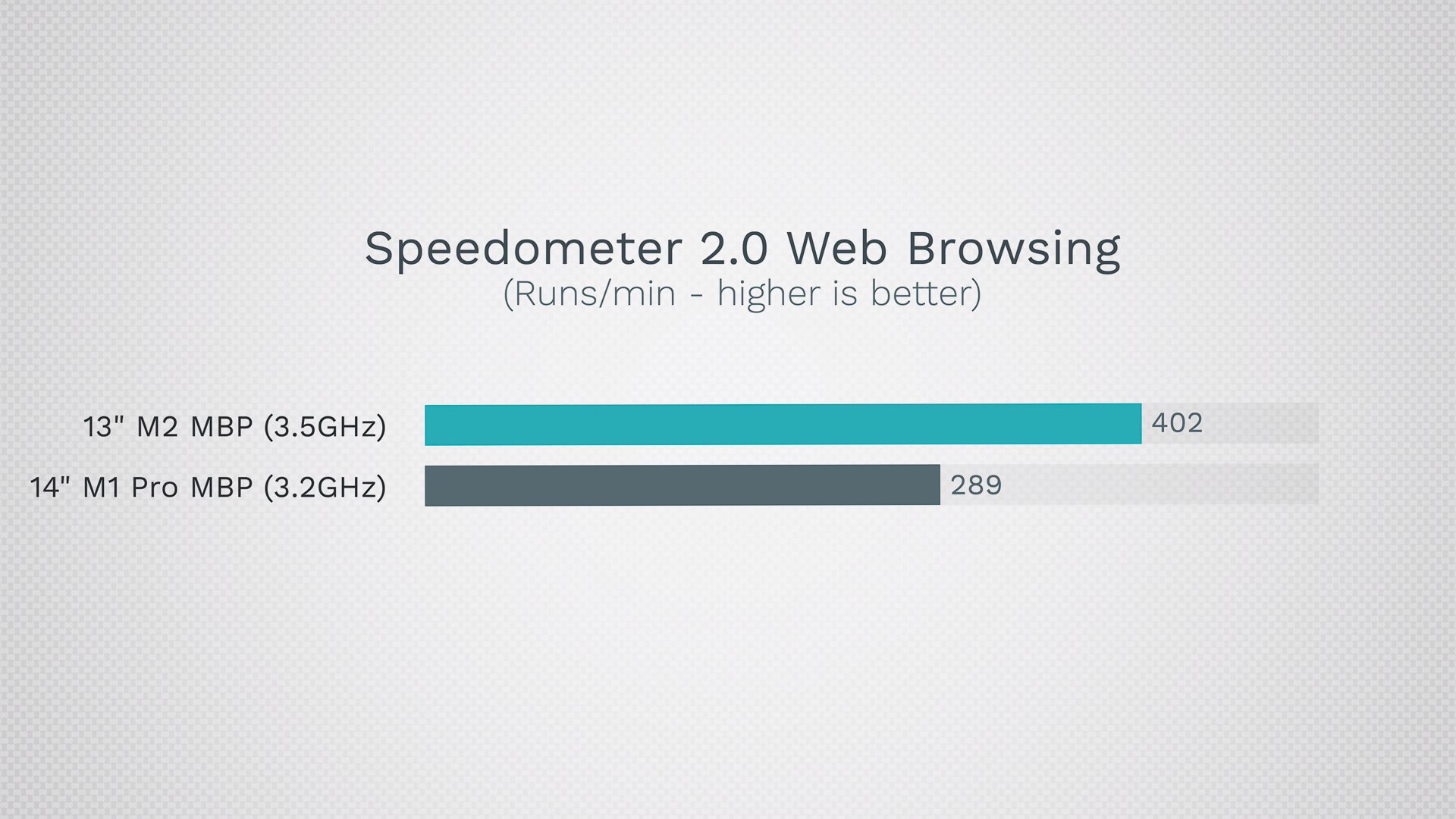 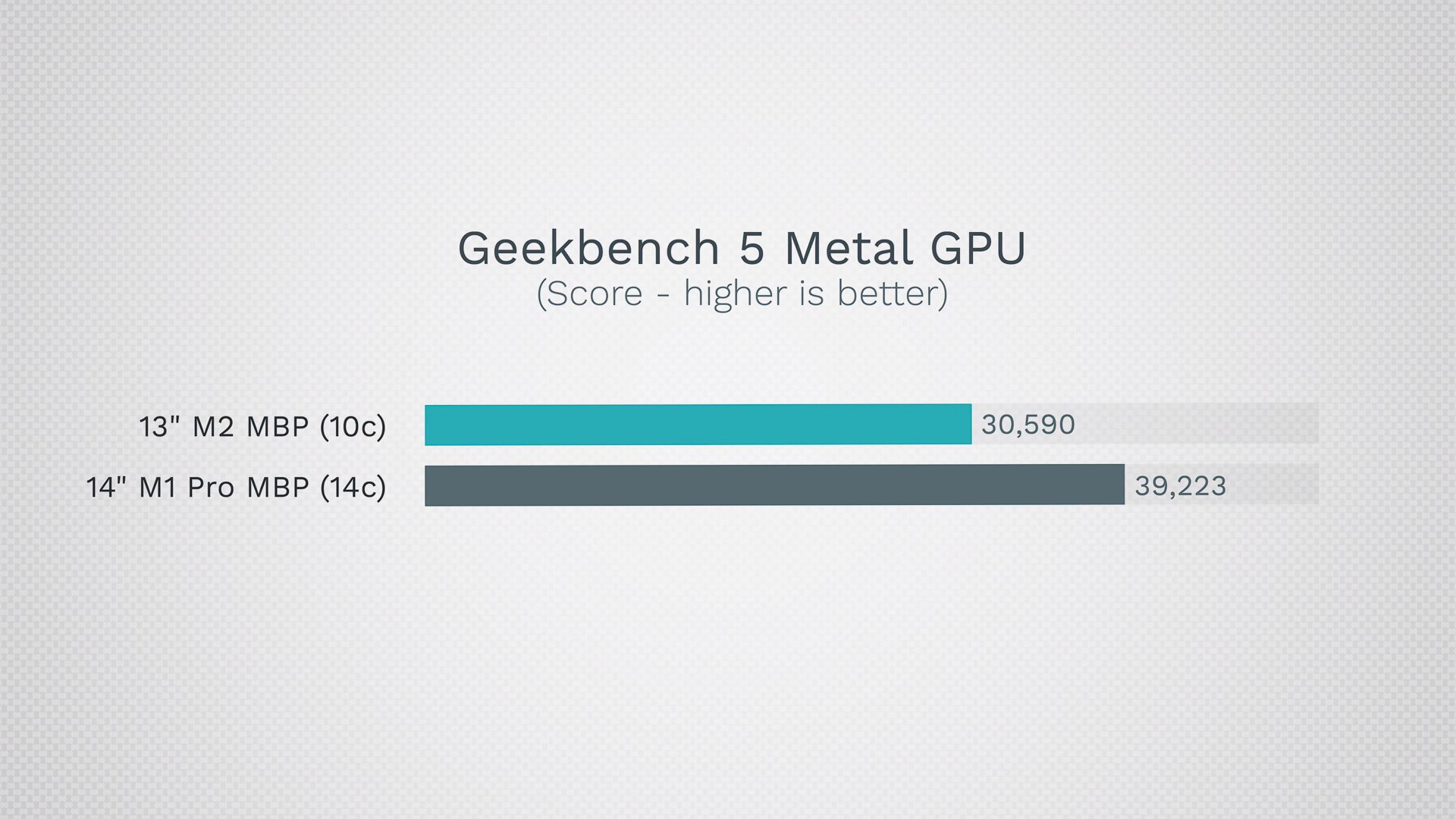 3DMark’s real-world gaming benchmark told a similar tale, with the M1 Pro being 35% faster than the new M2. 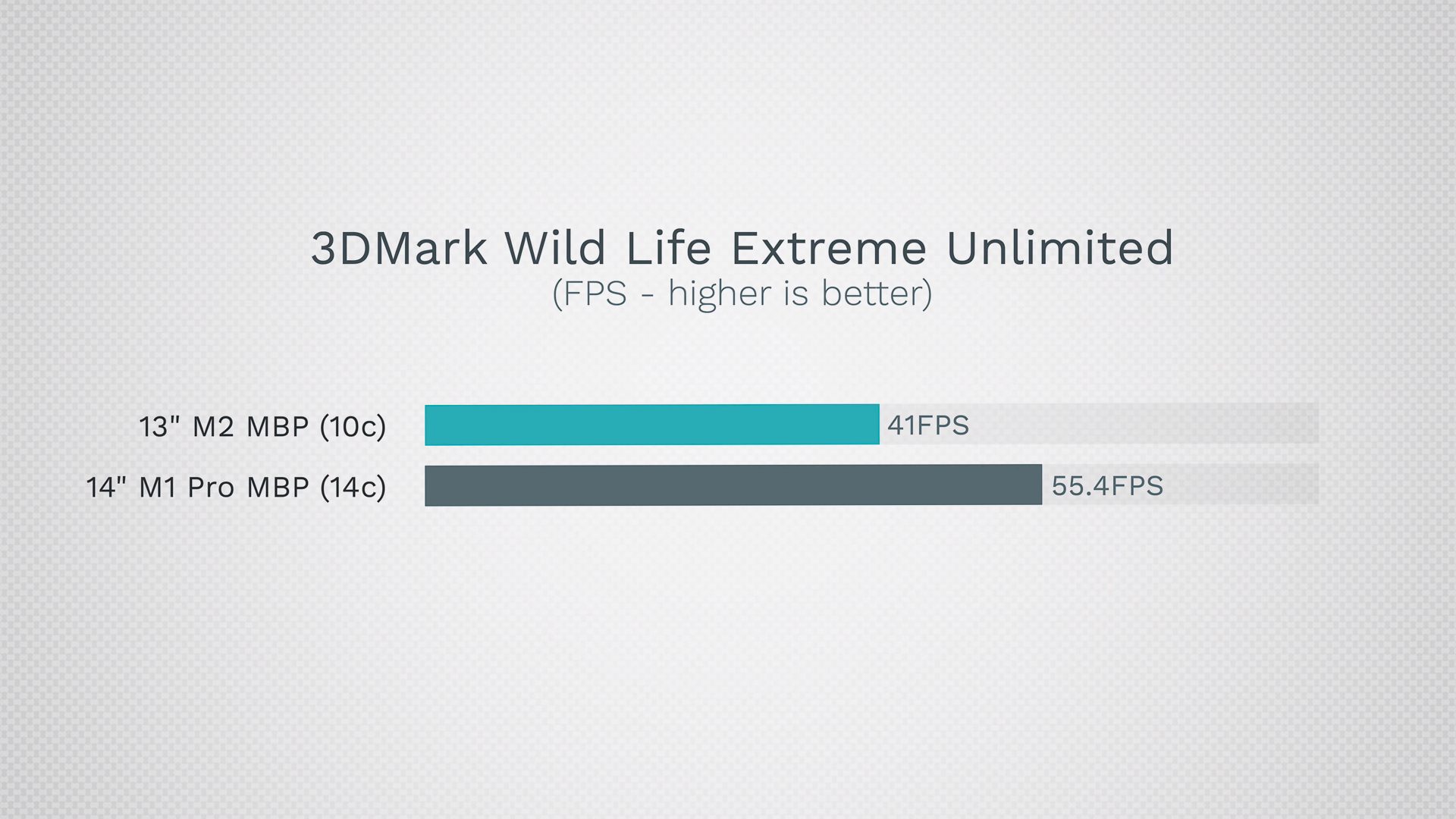 CPU performance in a 10-minute Cinebench R23 stress test was much closer, however, with a lead of merely 9.5% separating the M1 Pro MacBook Pro from the new M2 MacBook Pro. 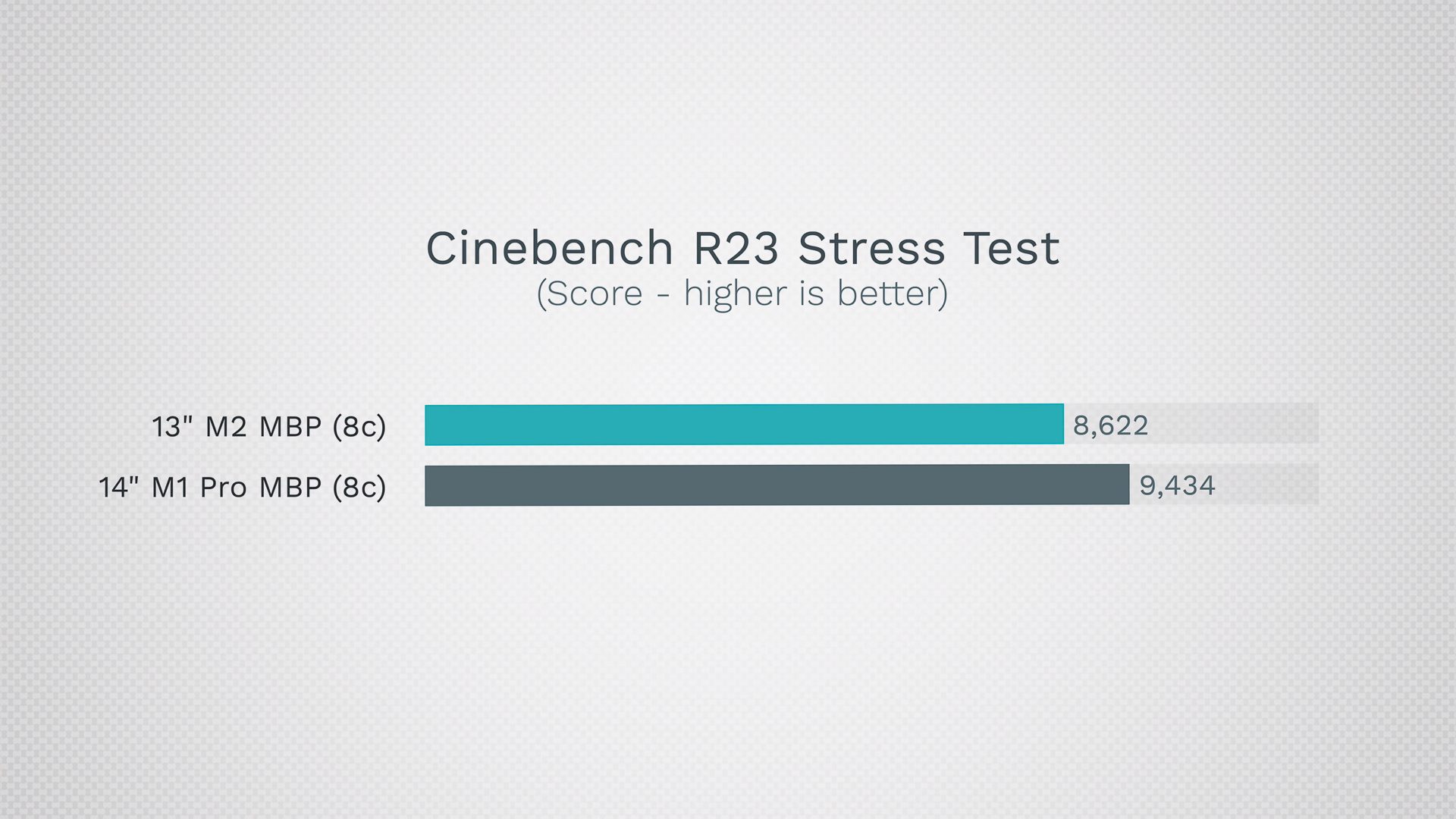 After around four and a half hours of testing, the M2 MacBook Pro was left with 24% battery while the M1 Pro MacBook Pro had only 17% remaining. That said, the larger MacBook Pro boasts a MagSafe connector that charges almost twice as quickly.

If you want the best battery life or for whatever reason are a fan of Apple’s Touch Bar, the new M2 MacBook Pro is available to purchase now on Apple.ca and at retail stores.

Anyone just looking for the latest and greatest from Apple, though, might be better off waiting until the new M2 MacBook Air comes out next month. That one’s even going to have the new MagSafe connector.

Security researcher Patrick Wardle recently discovered three security vulnerabilities in the popular video conferencing app Zoom's auto-update feature that put Mac users at risk of remote attacks (via WIRED). Zoom rolled out its auto-update feature on both Mac and Windows in November of last year. On Mac, users need to enter their system password while...
Nehal Malik
2 days ago

Apple unveiled macOS Ventura at WWDC 2022 in June, alongside the latest iterations of its other operating systems. While macOS Ventura will bring a plethora of new features to the Mac, Apple is reportedly removing one too. According to Six Colors, macOS Ventura completely removes the Network Locations feature. The 'Location' feature in the Network...
Nehal Malik
2 days ago

Parallels has released Desktop 18 for Mac, its latest software that allows users to run Windows on a Mac without rebooting. The new Parallels Desktop 18 for Mac is also optimized for Apple Silicon M1 and M2 chips, plus is ready for macOS Ventura. It also has improved compatibility of Intel (x86) apps when running...
iPhoneinCanada.ca
6 days ago