Dropbox Launches Chrome Extension for Gmail on the Web

Dropbox today has announced the launch of a Chrome extension to bring access to your Dropbox files via Gmail on the web:

For many of you, Gmail is one of those tools, helping you share information and stay connected. That’s why we recently built an extension for your Chrome browser that lets you attach Dropbox files right from your Gmail account.

The extension allows you to easily send large files, attach folders and multiple files without the need to zip them, send Dropbox attachments to anyone and to have files sent to you quickly saved to the service. 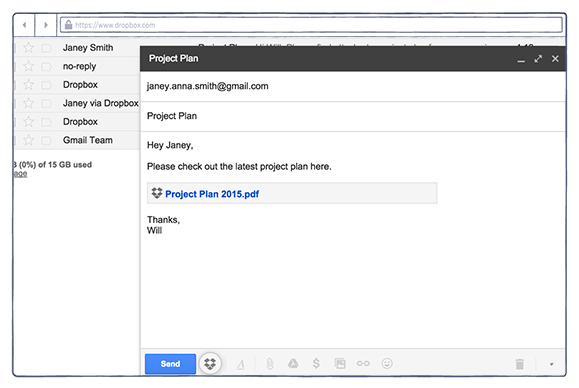 As someone who uses Gmail on the web heavily throughout the day, this is a handy Chrome extension, which you can download here.