FaceTime for Mac Launches When Called

Here’s how to setup FaceTime for Mac:

1. Download FaceTime for Mac Beta
2. Install it, and login with your Apple ID or another email address.
3. Find a friend’s number, and call them. Done!

I tested out FaceTime for Mac with Justin Luey from The iPhone Podcast, and it worked great. Video quality was excellent and audio was really good. I can see this being very popular for the holidays. 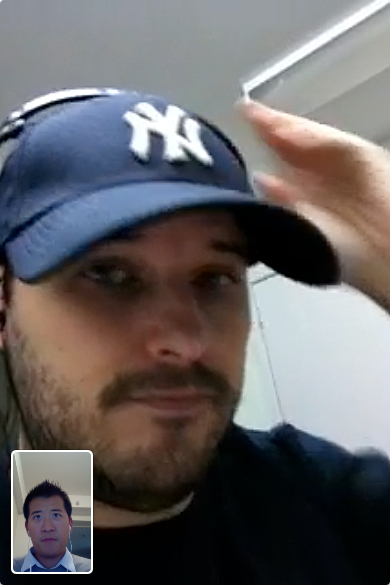 Justin discovered something “new”. Call it an “Apple ah-ha!” moment, but FaceTime for Mac will automatically launch when you’re being called–even when the app is closed. Before we used FaceTime for Mac we kept on confirming with each other if we had the app open or not. Now you don’t need to worry about it because it will auto launch!

To turn this off, you can do so via the Preferences menu within FaceTime for Mac. Now, you no longer have to worry about receiving a call and having to open FaceTime to receive it. It’s automatic!

How has your FaceTime for Mac experience been?