Yesterday Apple released iOS 6.1 for download along with an update for the Apple TV to support Bluetooth keyboards. It was then noticed by MacRumors there were three variants of Apple TV firmware for download, with one particular model named “AppleTV3,2,” which has been suspected as an international version of the device. 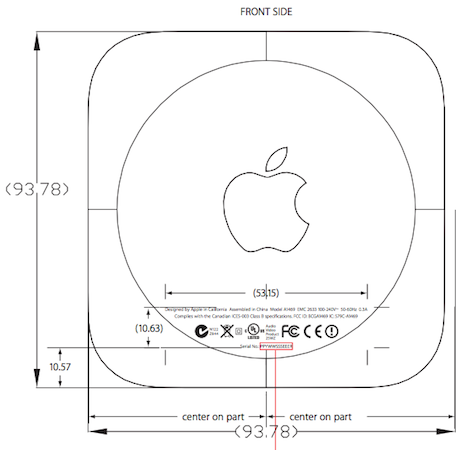 Engadget has now uncovered a new Apple TV unit with smaller dimension, as discovered within Apple’s filing for the device to the FCC.

So there is a version of the Apple TV coming out that is slightly smaller than the current version. But also, the internals also appear to have been upgraded. There is evidence of a lower power Broadcom wireless chip BCM4334 (currently being used in the iPhone 5) and also a new variant of the A5X processor, notes Canadian iOS hacker @iH8sn0w:

We don’t know yet if Apple plans to release this particular unit, but when it is available you can rest assured it will be disassembled to verify the new internal components and slimmer exterior dimensions.