Apple this morning announced iMac Pro sales will launch December 14 in the USA (and Canada, if an email newsletter is accurate), and already we’re seeing the first impressions of this new Mac, the fastest computer ever made by the company. 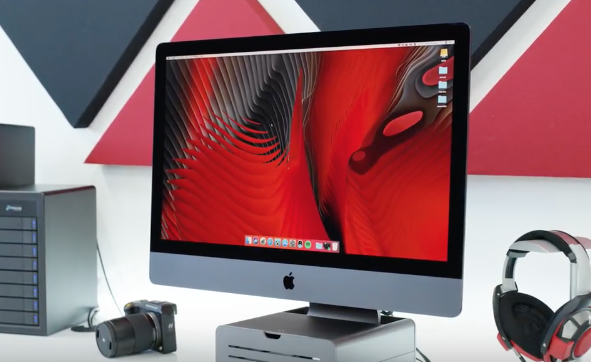 YouTube tech reviewer MKBHD spent one week with an iMac Pro, and shared his thoughts on the machine in a video below, showing a closer look at the new space grey accessories (not available for separate purchase):

Another iMac Pro was sent to YouTube reviewer Jonathan Morrison, who had his hands on a 10-core 3GHz model with 128GB RAM and AMD Vega Pro 64 16GB video card. He is still putting the iMac Pro through its paces, but initial Geekbench scores are showing 5450 for single-core and 37434 for multi-core. Check out his hands-on below:

Apple also provided an iMac Pro to American record producer, musician and songwriter Greg Kurstin. Here’s what he had to say on Twitter:

I was able to put iMac Pro through its paces early, so I tried out my most complex Logic sessions and everything is much faster and smoother. The all-in-one design puts everything I need in one place, and I’m loving the Space Gray color.

Thomas Grove Carter, a video editor who works at Trim Editing in London, was also provided with an early iMac Pro. This morning he shared his thoughts on Twitter, saying “you can do some pretty astonishing things with it it!”

It’s by far the fastest Mac I’ve ever used. And in conjunction with #FCPX 10.4 you can do some pretty astonishing things with it!

iMac Pro starts at $5000 USD and will launch on December 14 in the U.S. and most likely Canada as well.