Future Shop today has launched education pricing for Apple’s MacBook, iMac and Mac mini line up. The 27-inch Thunderbolt monitor is also included. Pricing is essentially the same as Apple’s Education Store (Future Shop pricing is about $0.02 cheaper). Student pricing on MacBook and iMac are not available for online purchases and only available in-store. 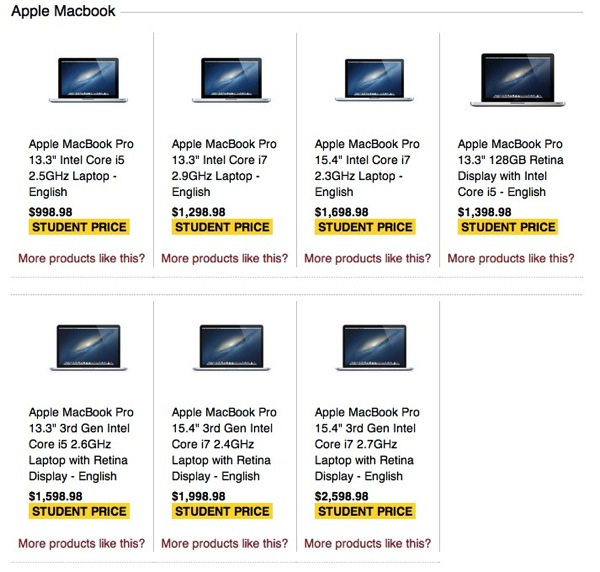 Update: We have confirmed the same offer is available at Best Buy. Also, the following bonuse are available with purchases: