GarageBand for macOS received an update during WWDC, and you may have missed it amongst all the other big news available. 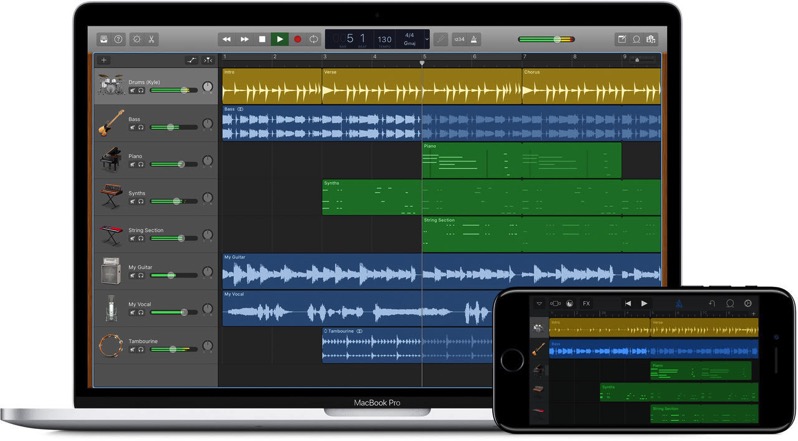 • New modern design with improved ease of use
• Adds Touch Bar support to quickly navigate around your project and perform instruments
• 3 new Drummers who play percussion in the styles of Pop, Songwriter, and Latin
• Introduces new Drummer loops which can be added to your song and then customized with performance controls
• Remotely add new tracks to your project using GarageBand on your iPhone or iPad

There is now expanded support for Touch Bar on MacBook Pro, allowing users to quickly move across their project by dragging across a visual overview in Navigation view.

New Drummer loops are also available called Apple Loop, which users can add to songs then customize them with performance controls.

Managing your project on the go is now even easier, as you can remotely add new tracks via GarageBand on iPhone or iPad.