Last fall Apple revamped its iLife and iWork suite apps and part of the update removed the ability to export songs in MP3 format within GarageBand.

Today’s update brings that feature back and also adds new drummer and drum kits (for those who have made the $4.99 in-app purchase for complete sounds, loops, and drummers, plus access to the GarageBand Lesson Store).

What’s New in Version 10.0.2
• Improves stability and addresses a number of minor issues
• Adds the option to export songs as an MP3
• Contains multiple enhancements to Accessibility
• Includes 3 new Drummers and drum kits from the rock, songwriter, and R&B genres*

*Part of the one-time in-app purchase that includes the complete set of GarageBand sounds, loops, and drummers, as well as access to the GarageBand Lesson Store. 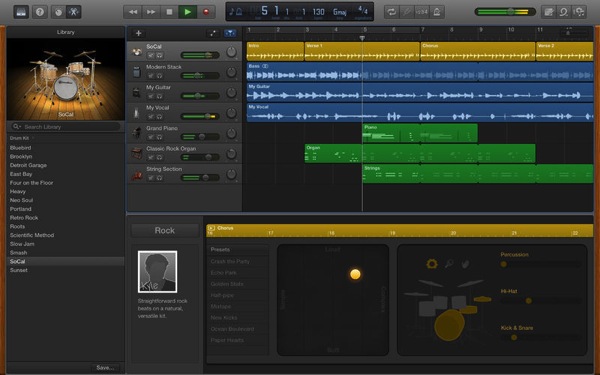 Alongside these additions the app has fixed stability issues and other bugs as well.