Check out the single-core multi-core benchmark charts for the MacBook Air below, which Poole had this to say: 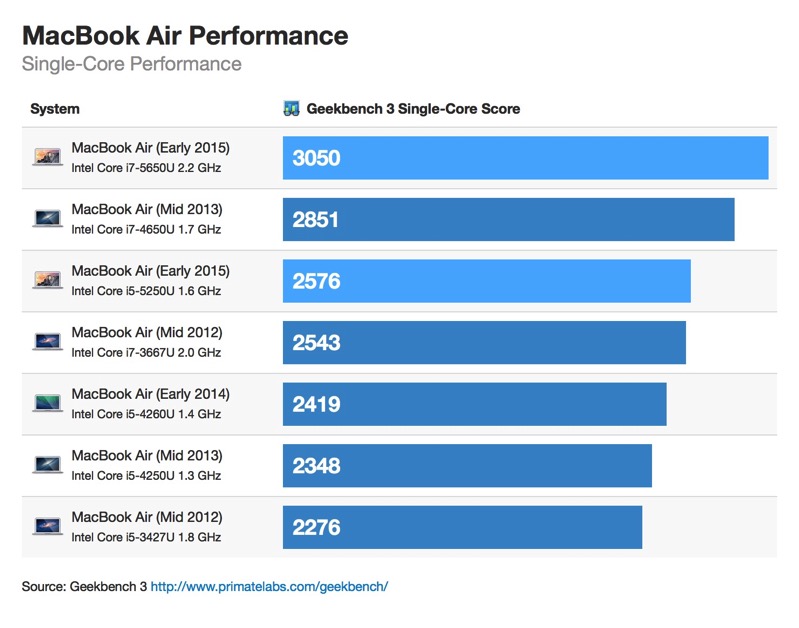 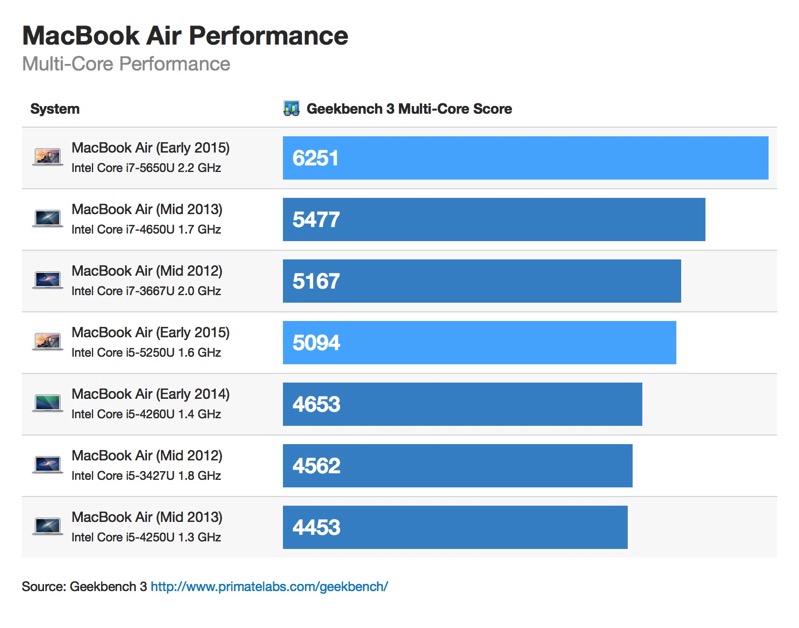 Poole recommends the i7 processor if you’re going to buy a MacBook Air as it offers 20% better single-core performance and 25% faster multi-core performance for just a 15% increase in price.

Below are the benchmarks for the 13-inch Retina MacBook Pro: 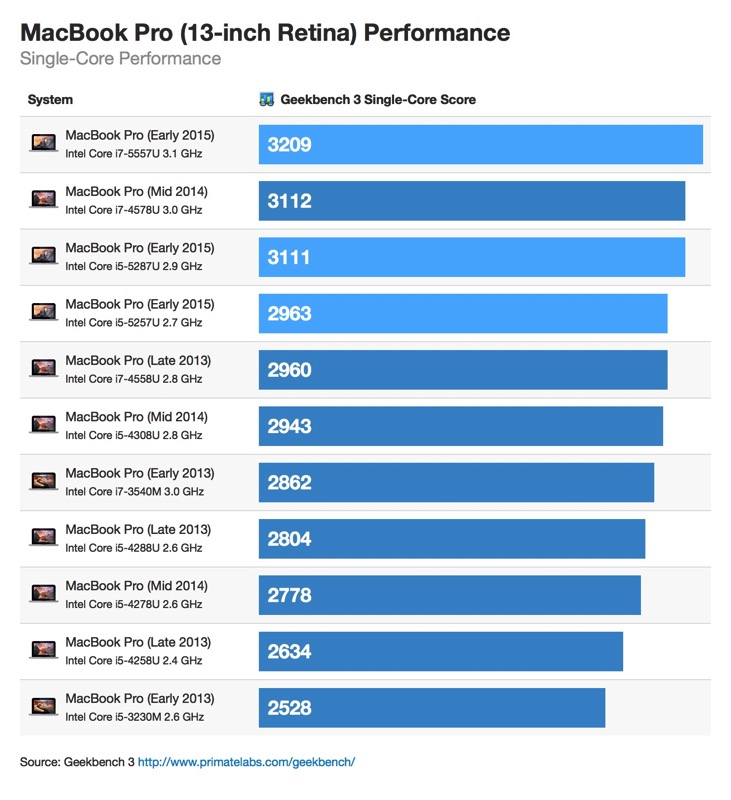 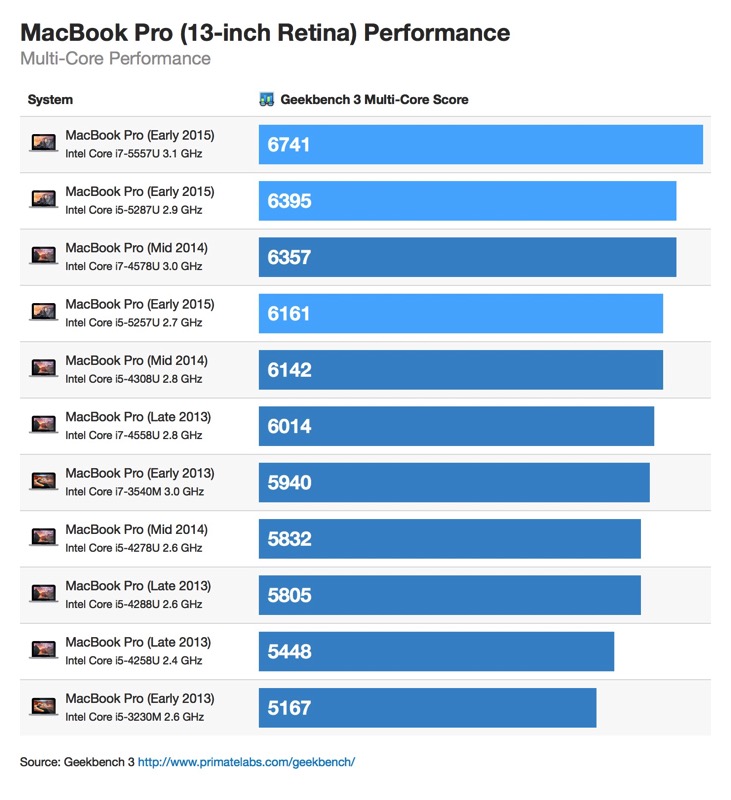 Poole doesn’t have any processor recommendations on the MacBook Pro, as performance differences between price difference are roughly the same.

Anyone going to pick up one of these new MacBook Airs or the 13-inch MacBook Pro?