How to Delete an App from the Mac App Store 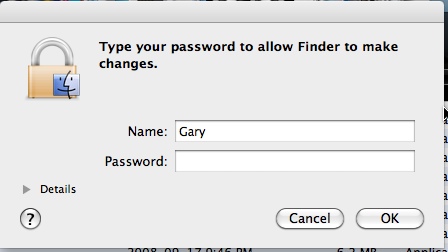 But what about deleting an app? You can’t tap and hold, wait for the ‘jiggle’ and tap the ‘x’ like on iOS.

How to delete an app from the Mac App Store

1. Drag the app icon to the Trash.
2. Type in your admin password to complete the process.

That was easy. It’s the same process as deleting any application on your Mac. Also, you can redownload any Mac App Store for free, without paying for the app again, just like the App Store for iOS.

With the future release of OS X 10.7 Lion, we should see the easier ‘jiggle and delete’ method.

After releasing iOS 15.6.1 and iPadOS 15.6.1 today, Apple also released macOS 12.5.1 and watchOS 8.7.1 for Apple Watch Series 3. These minor updates come ahead of major software releases slated this fall, including iOS 16. You can update your Mac by clicking the Apple logo in the upper left corner, then ‘Software Update’. To...
Gary Ng
6 hours ago

Security researcher Patrick Wardle recently discovered three security vulnerabilities in the popular video conferencing app Zoom's auto-update feature that put Mac users at risk of remote attacks (via WIRED). Zoom rolled out its auto-update feature on both Mac and Windows in November of last year. On Mac, users need to enter their system password while...
Nehal Malik
4 days ago

Apple unveiled macOS Ventura at WWDC 2022 in June, alongside the latest iterations of its other operating systems. While macOS Ventura will bring a plethora of new features to the Mac, Apple is reportedly removing one too. According to Six Colors, macOS Ventura completely removes the Network Locations feature. The 'Location' feature in the Network...
Nehal Malik
4 days ago