How to Take Touch Bar Screenshots on MacBook Pro

New owners of the latest MacBook Pro with Touch Bar may be playing around with the new multitouch strip included in the device. If you have been following the Apple event showing off the capabilities of the Touch Bar, you may already know that the display changes according to the app you are currently using, displaying various buttons.

But you may be wondering if you can take a screenshot of the Touch Bar. Well, of course you can. 9to5Mac has even published a guide to setting this up on the new MacBook Pro. Now that you have two displays, you can take screenshots of both, but not at once. All you need to do is set it up.

The latest version of macOS Sierra (10.12.2 beta 3) allows you to use a new system keyboard shortcut to take a screenshot of what the Touch Bar is currently displaying. As 9to5Mac’s Zac Hall explains, by default, Shift-Command-6 will save a screenshot of the Touch Bar on your desktop. The screenshot will be copied to your clipboard if you are able to press Control-Shift-Command-6 at once, so you can paste that image into any app. 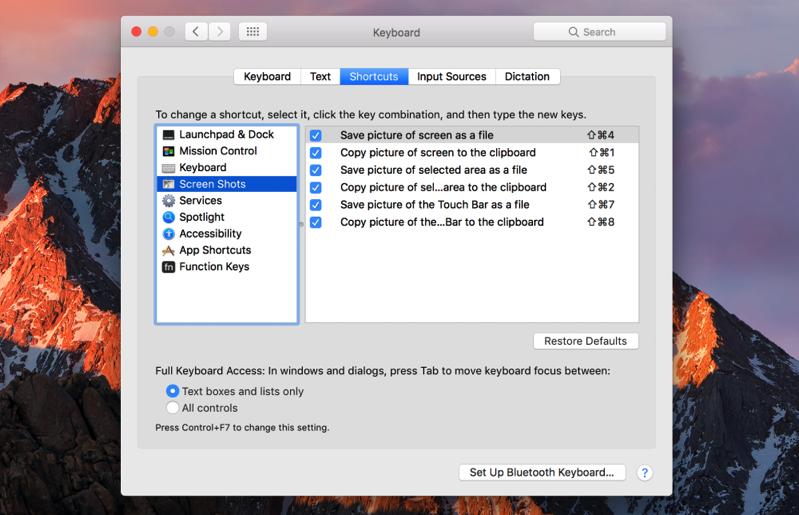 The presence of Touch Bar also enables useful functionality, such as letting you decide where you want to save the screenshot: Preview, Mail or Messages, Desktop, Documents or Clipboard.