The experts over at iFixit have just completed their signature teardown of the crazy-expensive new Mac Pro and surprisingly, they have declared it the most repairable Apple product in recent memory. The machine scored an impressive 9 out of 10 on iFixit’s repairability scale (10 is easiest to repair).

The Mac Pro is the most repairable Apple product in recent memory, scoring a gobsmacking 9 out of 10 on our repairability scale. What holds it back from a perfect 10? Check the teardown for the full scoop: https://t.co/VfUFu1PbDw pic.twitter.com/4gssxjUUfh

The teardown experts found the Mac Pro very easy to open, with basic repairs and upgrades requiring standard tools. Larger modules like RAM and some PCIe cards can be swapped without any tools at all. Apple has even provided step numbers and diagrams for certain repairs right on the device.

The only thing that held it back from scoring a perfect repairability score of 10 is the presence of modular SSD cards which are custom-made by Apple and are complicated to replace. 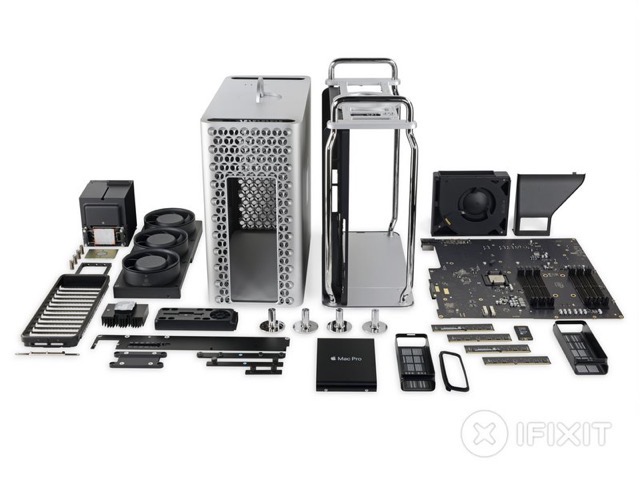 You can check out the entire step-by-step teardown at this link.