Apple has recently refreshed the 12-inch MacBook, adding an extra hour of battery life, the latest Intel Skylake processors, and a new colour option: rose gold and more. As with every new product release, the guys over at iFixit have decided to dissect the device and have a look inside. You can read below about what they have found. 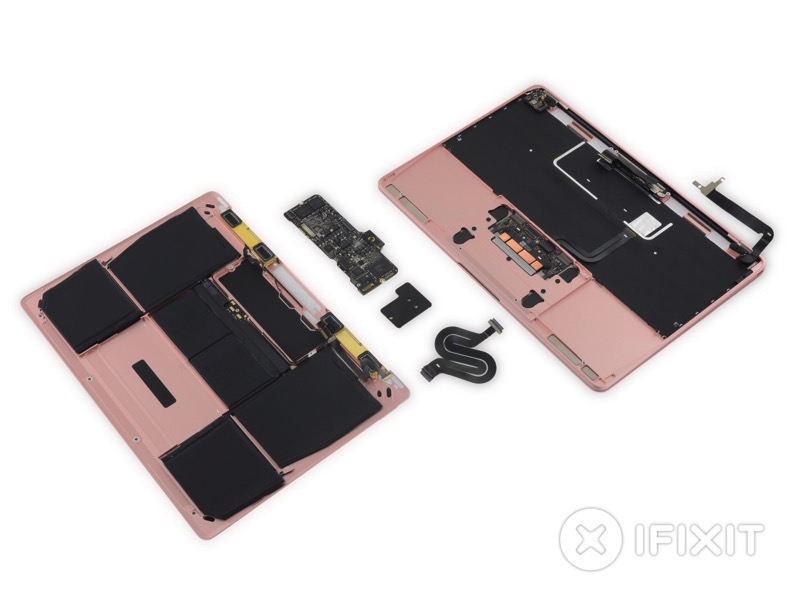 One of the most notable things Apple changed in this year’s model to replace the “pesky” tri-wing screw with a more repair-friendly (common) Phillips screw. But that seems to be the only positive change toward repair-friendliness, as the site notes the presence of a surprise element at the Torx hinge screws: The heads are filled with some sort of substance that disintegrates when you insert a screwdriver.

The presence of the so-called “tamper-evident screws” is important for third-party or DIY repairs, which would void the device’s warranty, making you “feel like a hoodlum for repairing your own machine,” iFixit says.

The 12-inch MacBook received a reparability score of 1 out of 10 (10 is the easiest to repair), because the processor, RAM, and flash memory are still soldered to the logic board, the battery remains glued to the lower case, and the display is still a fused unit with a no separate, protective glass.

According to Bloomberg’s Mark Gurman, he believes Apple may not hold an October event to announce Mac and iPad Pro updates with M2 chips. The M2 chips were unveiled at WWDC this summer. Does Apple have enough new features still hiding to justify holding an October event with the media? “It seems unlikely,” says Gurman. […]
Gary Ng
24 hours ago