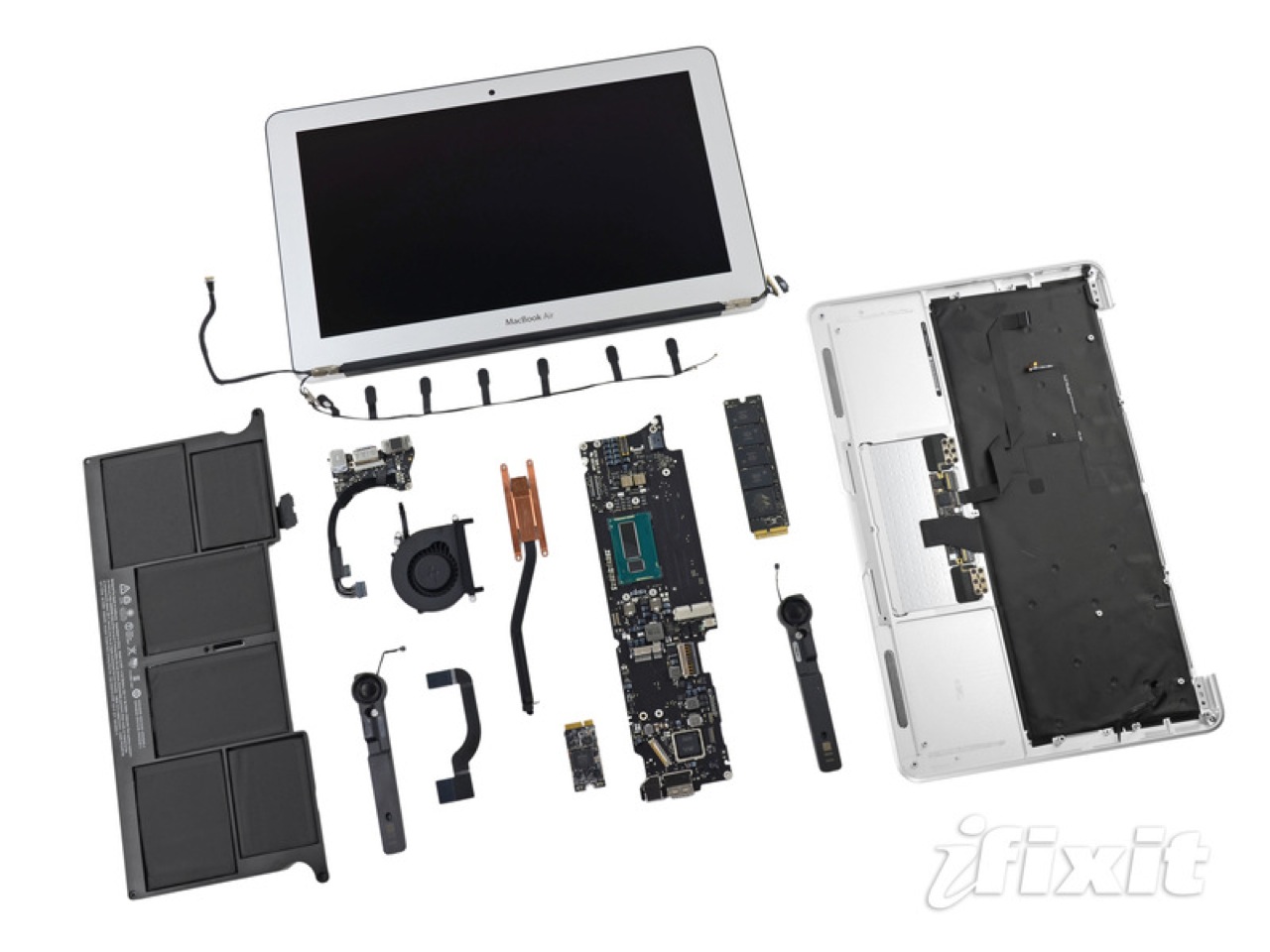 Like its 13-inch sibling, the 2013 MacBook Air 11″ also packs a smaller SSD module and a slightly tweaked design to accommodate a larger battery, as revealed by iFixit’s teardown of Apple’s latest notebook. Other than that, no significant internal changes have been found compared to last year’s MacBook Air model.

The teardown reveals a new heat sink clamp, SanDisk module containing a Marvell PCIe SSD controller, 2GB of DDR3 SDRAM from Samsung and an improved battery that outputs at 7.6V with 5100mAh. 2012 MacBook Air was capable of up to 5 hours of battery life, while the new model’s battery can last up to 9 hours, thanks to Intel’s new line of Haswell processors that enable up to 50% longer battery life for notebooks.

iFiixit has given the 11″ MacBook air the same poor repairability score as the 13-inch model i.e a 4 out of a possible 10 for repairability due to its proprietary Pentalobe screws, soldered-in RAM and non-upgradeable components. 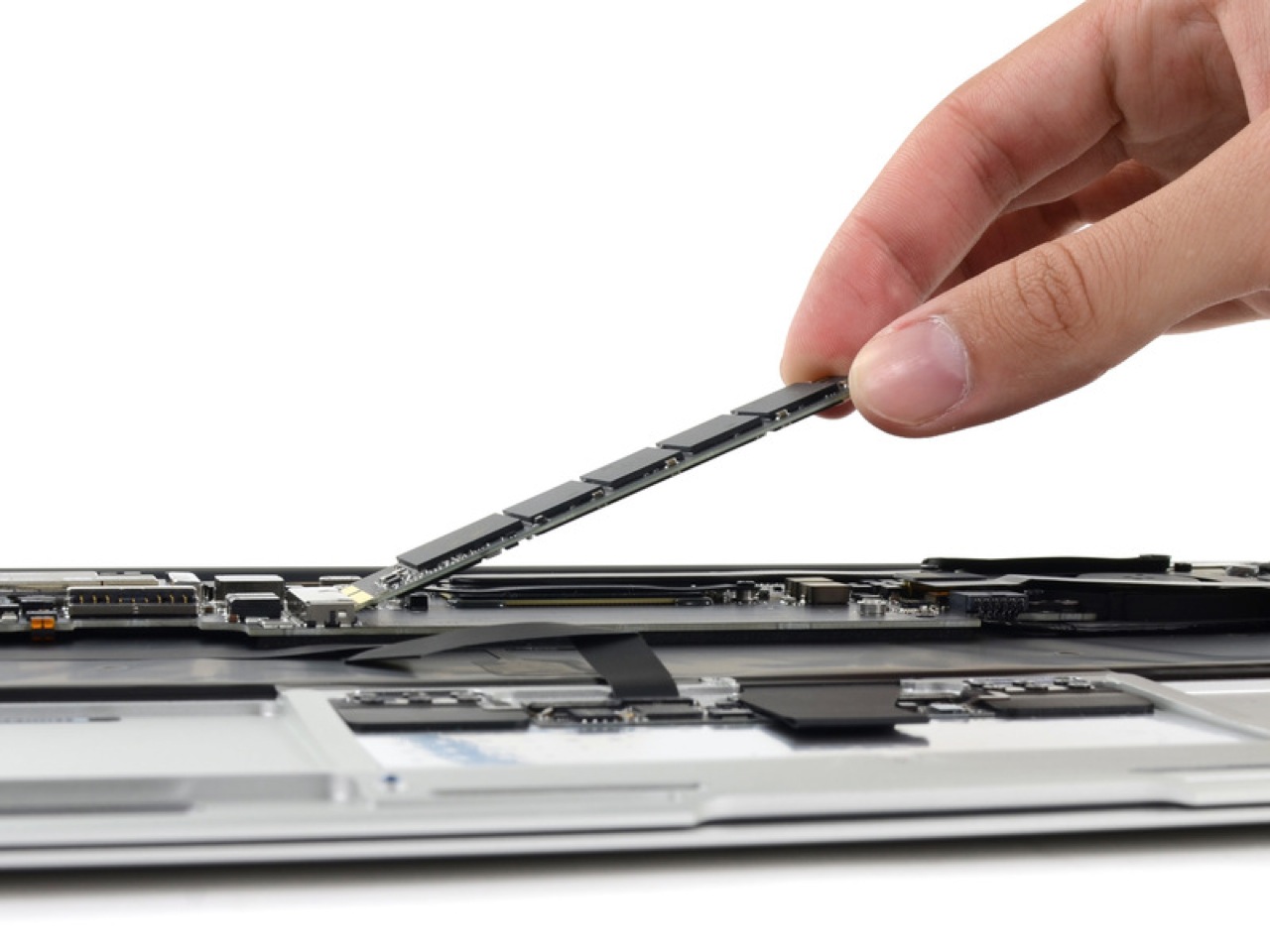