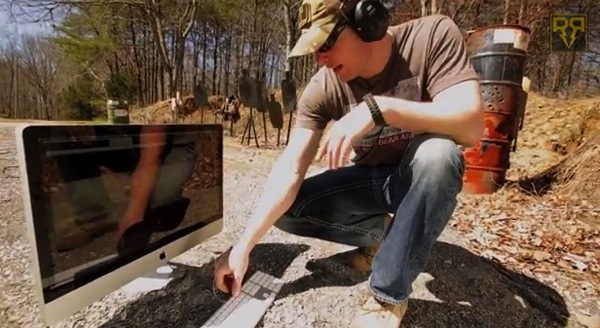 YouTube channel RatedRR is known to destroy things with their vast gun collection and their latest video pits a 27-inch iMac against a Finnish 20mm anti-tank rifle from World War II. The rounds for this gun cost roughly $40-$60 each. If you want to feel a little extra depressed this Monday while you’re in your cubicle, check out the video below to see if the iMac survives:

Below is an older video where iJustine destroys an old school iMac, referenced in the video above:

Time to pour out a little liquor for these precious iMacs.