At first I thought this was a bug I was experiencing on my own, but clearly others are also being affected by a slow-syncing iMessage bug in macOS High Sierra. 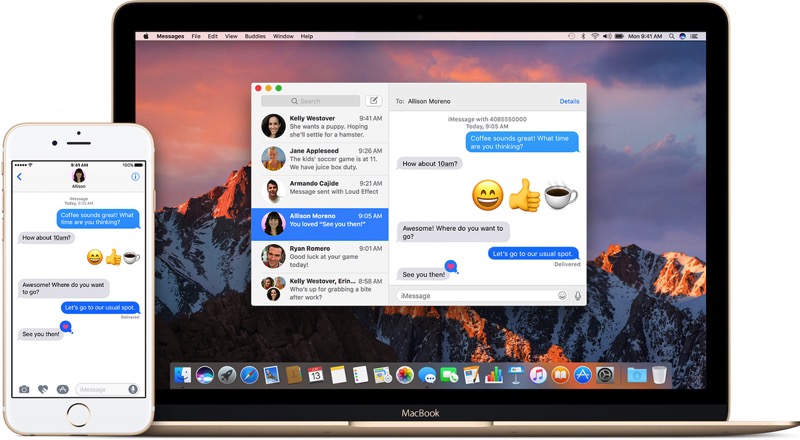 Users on Apple’s online Communities forum have similarly noted a delay in iMessages after installing the latest version of macOS High Sierra:

Receiving messages on my Mac are now extremely delayed since installing High Sierra.  They will show up on my iPhone, but without a notification so I can’t see or hear it.  Then several minutes later it will pop up on the Mac.  I didn’t have this issue with Sierra, and would rather not downgrade.  Anybody else with this issue or suggestions on how to fix this?

This is a problem for those with iPhones in silent mode, as working on a Mac means you end up missing important messages.

How to fix this iMessage delay bug in macOS High Sierra? Some users have stated signing out and back into Messages for Mac, or going back to macOS Sierra through Time Machine. Another way to force a re-sync is to send a message out from your Mac. But even these fixes seem temporary as the problem seems to persist.

With Messages for Mac, you can send unlimited messages to any Mac, iPhone, iPad, or iPod touch that uses iMessage, Apple’s secure-messaging service. It also supports several other messaging services that work with Apple and non-Apple devices. iPhone owners can use it for SMS and MMS messages, too.

Messages for Mac first debuted in beta form way back in 2012, with OS X Mountain Lion. Let’s hope Apple can iron out these bugs in its latest macOS 10.13.1 beta 3, which was just released about 20 minutes ago.

Anyone else dealing with iMessage sync delays in macOS High Sierra?