During the presentation, Intel’s Kirk Skaugen, senior vice president and general manager of the PC Client Group, showcased wireless display, docking and charging features that aim to cut all must-have cables from a typical PC environment. 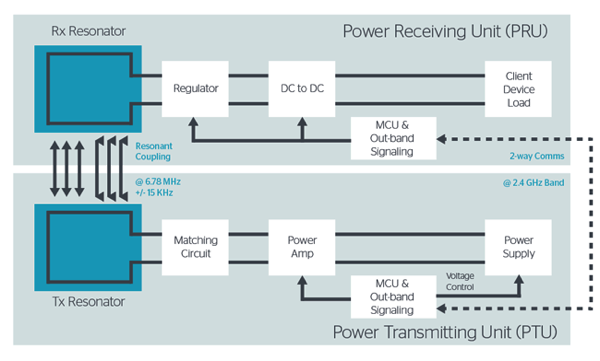 The system can be installed under a table surface, with magnetic resonance capable of charging through 2 inches of wood. It can also charge any number of devices at the same time, unlike inductive charging technologies.

Skaugen demonstrated a table that charged a laptop, phone, headset and tablet all at once. He also named other new members of the A4WP group, including Dell, Fujitsu, Lenovo, Logitech and Panasonic. Other partners include Asus, Logitech, and Toshiba, as well as initiatives to build the technology into swappable phone covers, clock radios and car consoles.

What Intel has presented today is a platform that will debut sometime next year with products supporting these wireless protocols estimated to reach the public the year after. Since Apple is using Intel’s chips in Macs, it may be interested in adopting the above technologies.

A video about Rezence published earlier this year: