Just to add more to the growing fact that there is a new iPhone coming really soon, Apple confirmed rumors this morning by taking away the option to purchase an iPhone 3G on the Apple Online Store.

The iPhone 3G device is still listed at the Online Store however the “select” option, which is used to make the purchase, has been removed. This leaves only the iPhone 3GS as available iPhones for sale.

Once the iPhone 3G inventory is burned through, that will be the end for that device. The $99 price (on contract) has mostly existed to catch customers who would otherwise purchase other low-priced smartphones such as some of the Blackberry and HTC devices. The next step from here is to launch a new iPhone and then reduce the iPhone 3GS to $99, on contract. 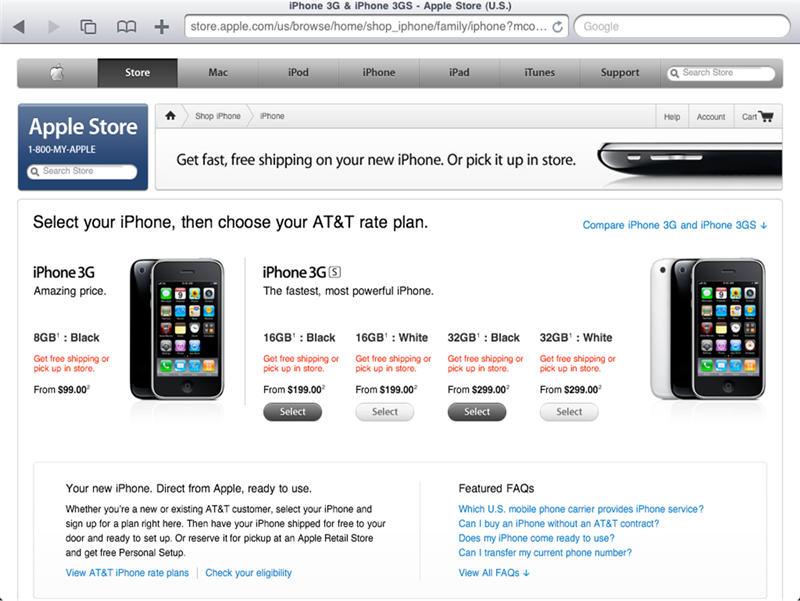