Yesterday, reports indicated that the iPhone Dev Team had a Spirit-like jailbreak almost ready that would jailbreak all iDevices running iOS 4. This was great news for those users who have used Spirit to jailbreak 3.1.3 and were unable to jailbreak 4.0.

Now, once again, Dev-team member MuscleNerd provides a new update on the progress of the iPhone 4 carrier unlock. The update indicates that unlocking the new iPhone 4 is coming along well and is almost ready.

The baseband-unlocking code used by the Dev Team on all generations of iPhones, ultrasn0w, must be rewritten for the new iPhone 4. The reason for this is because Apple has updated the baseband on the iPhone 4.

Next step is to keep the task backgrounded like we did for 3G/3GS http://is.gd/dh7Jh. Backgrounded task is the unlock.

Fortunately, in Canada, iPhone 4 customers that buy the device outright at full price will have their iPhone factory unlocked. However, if bought on contract, the device will be locked to the chosen carrier, making an unlock a valuable tool.

With the progress being made, hopefully a working jailbreak and unlock will be ready by the time the iPhone 4 launches in Canada. 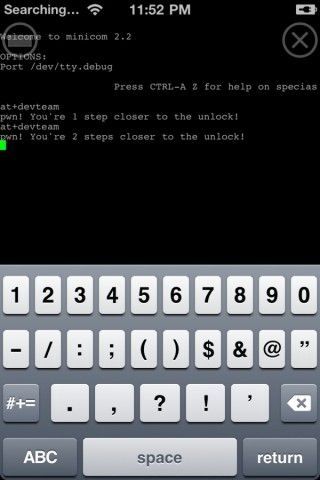