If you’re looking for a last minute gift for dad (like, really last minute) and want to go the iTunes Gift card route to satisfy his ongoing Angry Birds addiction, Loblaws has $50 iTunes cards on sale for $40 (20% off). All you need to do is grab the in-store coupon pictured below and take it to the register to get your discount. The coupon is valid until June 16th (Father’s Day) so you better hurry if you want to save! 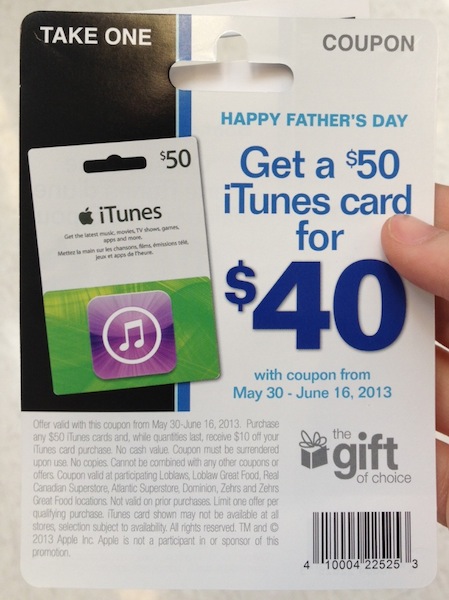 iTunes Cards can be used towards digital purchases in the App Store, Mac App Store, iTunes and iBookstore. iOS 7 will soon allow users to use the camera to scan gift card barcodes to easily redeem them, like what is already possible on your Mac.