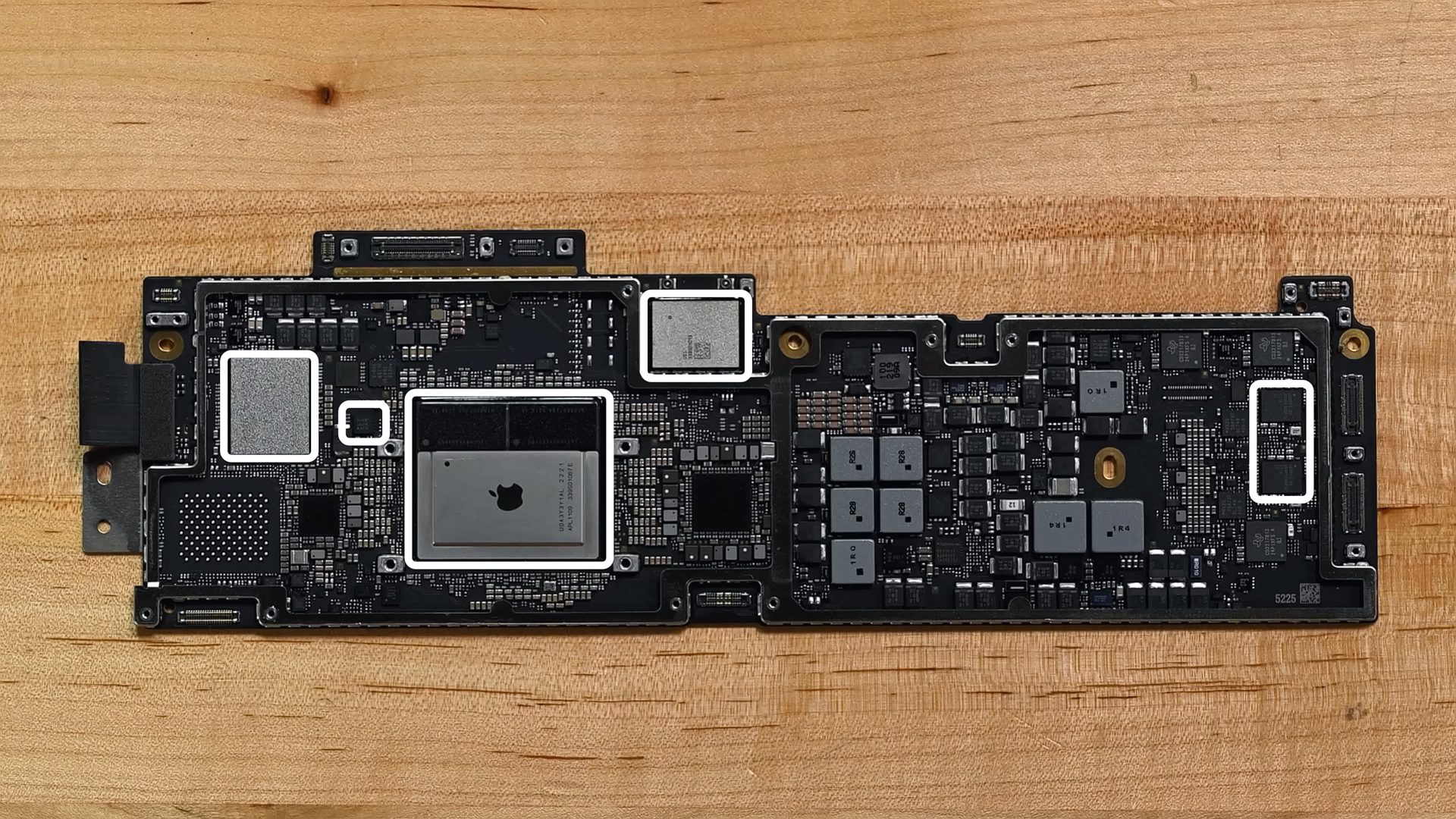 In a recently published YouTube video, the teardown experts at iFixit worked their magic on Apple’s new M2 MacBook Air.

Apple launched its redesigned 13.6-inch M2 MacBook Air last week. We already got a look at how compact and tightly packed the main logic board is in YouTuber Max Tech‘s teardown of the M2 MacBook Air over the weekend. The folks over at iFixit, though, were more thorough with their dissection.

Check out the full teardown video from iFixit below:

iFixit also gave us a comprehensive look at the Air’s logic board, which houses Apple’s new M2 chip and the rest of the notebook’s bells and whistles (except the audio board). The board is only covered by graphite tape and a super thin heat shield, so the M2 MacBook Air runs really hot.

Fortunately, iFixit found that all of the 2022 Air’s I/O ports are modular, held down only by screws. It did take them a while to make their way to the M2 MacBook Air’s 52.6Wh battery, but the battery itself is pretty easy to remove and replace.

According to iFixit, Apple also plans on making spare parts available for DIY M2 MacBook Air repairs in the future through its Self Service Repair program, which launched in the U.S. earlier this year.

The M2 MacBook Air starts at $1,499 and is available to order now on Apple.ca.

After releasing iOS 15.6.1 and iPadOS 15.6.1 today, Apple also released macOS 12.5.1 and watchOS 8.7.1 for Apple Watch Series 3. These minor updates come ahead of major software releases slated this fall, including iOS 16. You can update your Mac by clicking the Apple logo in the upper left corner, then ‘Software Update’. To...
Gary Ng
24 hours ago